President and Chief Executive Officer Larry Merlo said, “2017 is off to a solid start as we posted results this quarter that surpassed our expectations. At the same time, we generated $3.1 billion of free cash and continued to return value to our shareholders through high-return investments in our business as well as dividends and share repurchases. However, while we are pleased with our financial performance versus our expectations, we won’t be satisfied until the company returns to sustainable, healthy earnings growth.”

Mr. Merlo continued, “We continue to expect 2017 to be a rebuilding year, but our goals remain clear, and we fully intend to return to healthy levels of growth. We remain confident in our model as well as our position in the evolving health care landscape, and our ability to generate significant levels of cash will continue to play an important role in driving shareholder value over the longer term.”

Revenues in the Retail/LTC Segment decreased 3.8% to $19.3 billion in the three months ended March 31, 2017. The decrease was largely driven by a 4.7% decrease in same store sales, continued reimbursement pressure and an increase in the generic dispensing rate.

Front store same store sales declined 4.9% in the three months ended March 31, 2017. The absence of leap day versus the prior year had a 100 basis point negative impact on front store same store sales, while the shift of the Easter holiday to the second quarter in 2017 from the first quarter in 2016 had a 75 basis point negative impact. Front store sales were also negatively impacted by softer customer traffic and efforts to rationalize promotional strategies, partially offset by an increase in basket size.

For the three months ended March 31, 2017, consolidated operating profit decreased $392 million, or 18.0%. The decrease was due to the previously-announced restricted networks that exclude CVS Pharmacy as well as continued price compression in the Pharmacy Services Segment and continued reimbursement pressure in the Retail/LTC Segment. The decrease also reflects a charge of $199 million associated with the closure of 60 retail stores in connection with our enterprise streamlining initiative. This was partially offset by a $46 million decrease in acquisition-related integration costs in the three months ended March 31, 2017 versus the same quarter last year.

Net income for the three months ended March 31, 2017 decreased 16.9%, to $953 million. This was primarily driven by the decline in operating profit, partially offset by lower interest expense of $31 million related to refinancing activity in the prior year as well as the improvement in the effective income tax rate, from 39.4% to 37.3%. The decrease in the tax rate was largely driven by $19 million in discrete tax benefits related to the required adoption of new accounting guidance for share-based compensation. 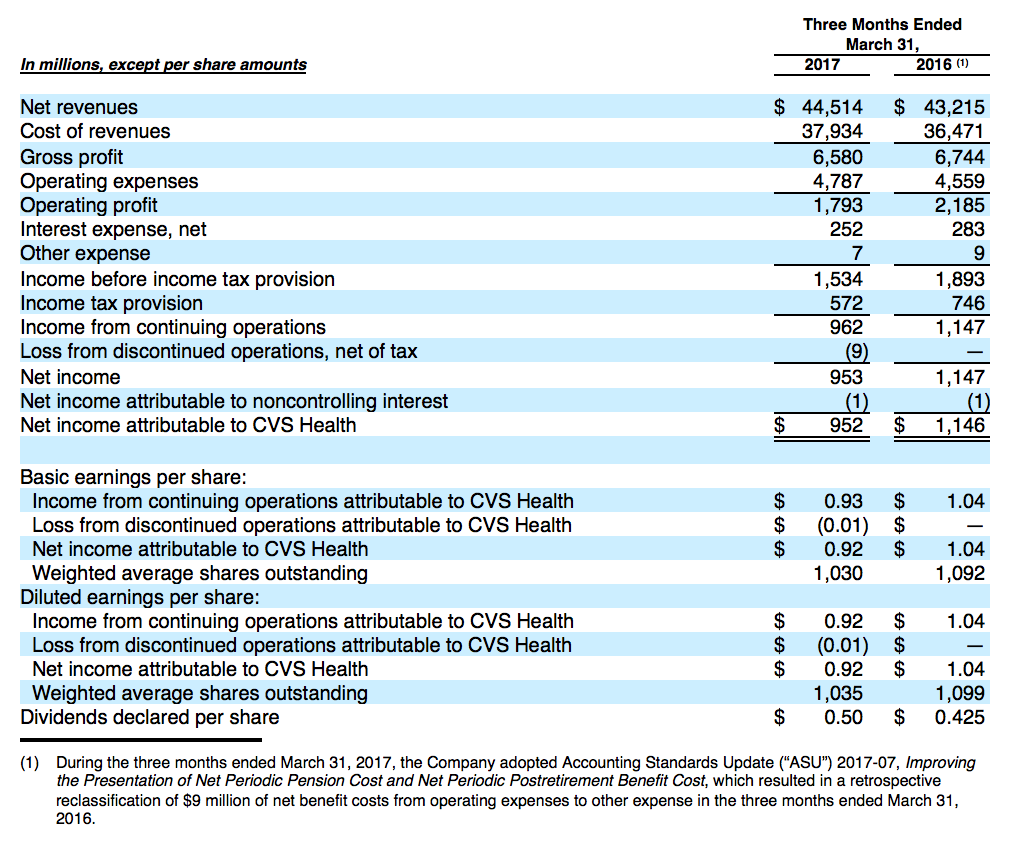 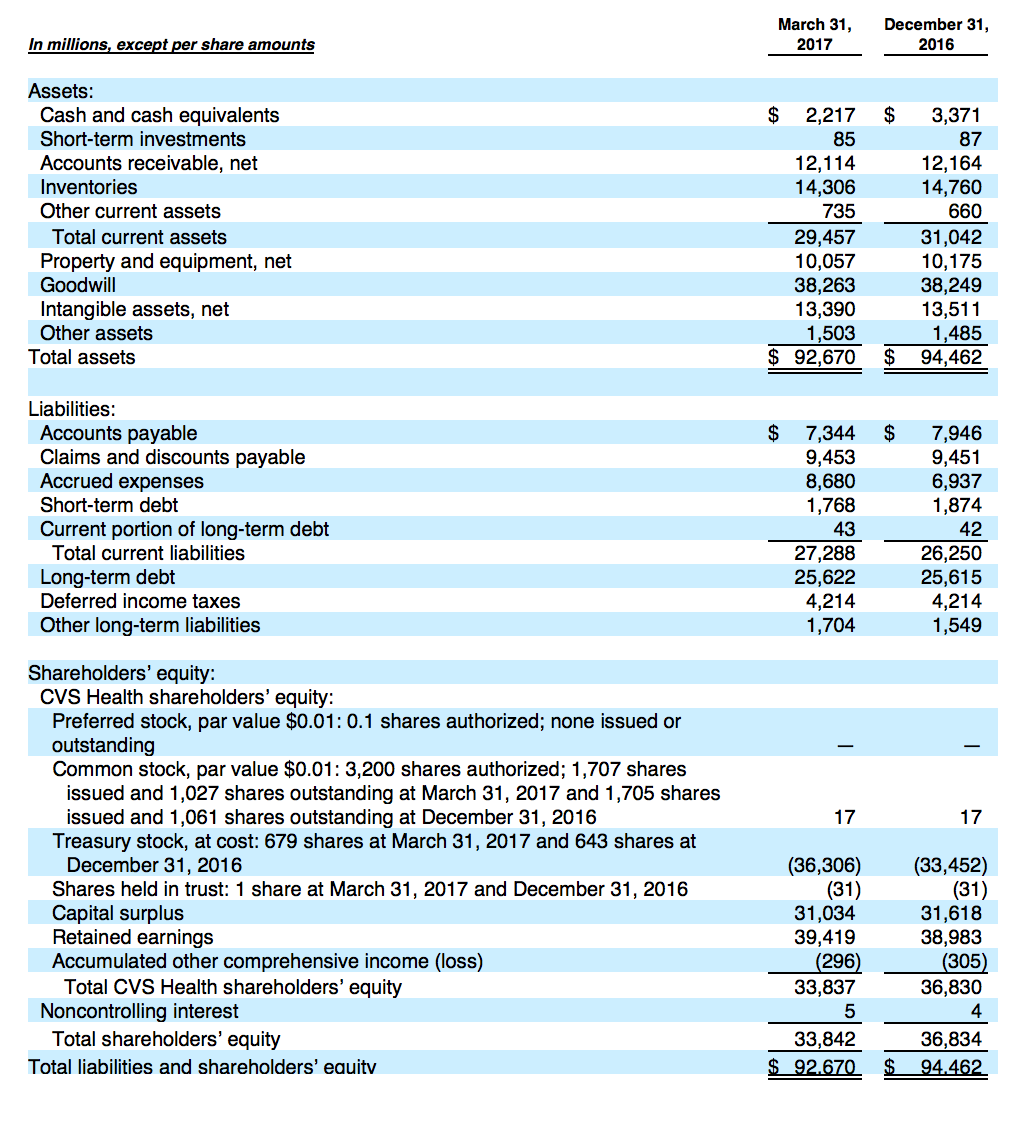 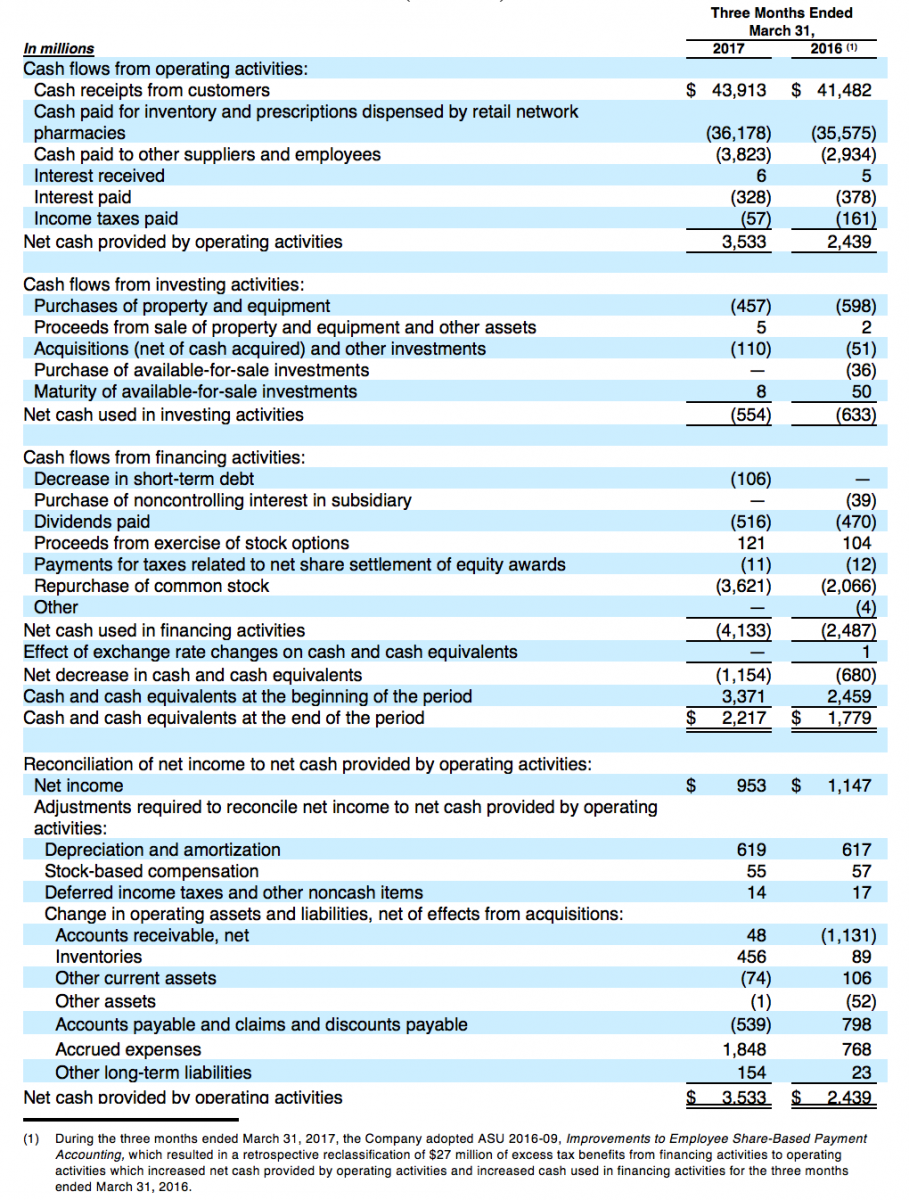 The Company defines Adjusted Earnings per Share, or Adjusted EPS, as income from continuing operations excluding the impact of certain adjustments such as the amortization of intangible assets, acquisition-related transaction and integration costs, adjustments to legal reserves in connection with certain legal settlements, charges in connection with store rationalization, losses on early extinguishments of debt, and losses on settlements of defined benefit pension plans, divided by the Company’s weighted average diluted shares outstanding. The Company believes that this measure enhances investors’ ability to compare the Company’s past financial performance with its current performance. 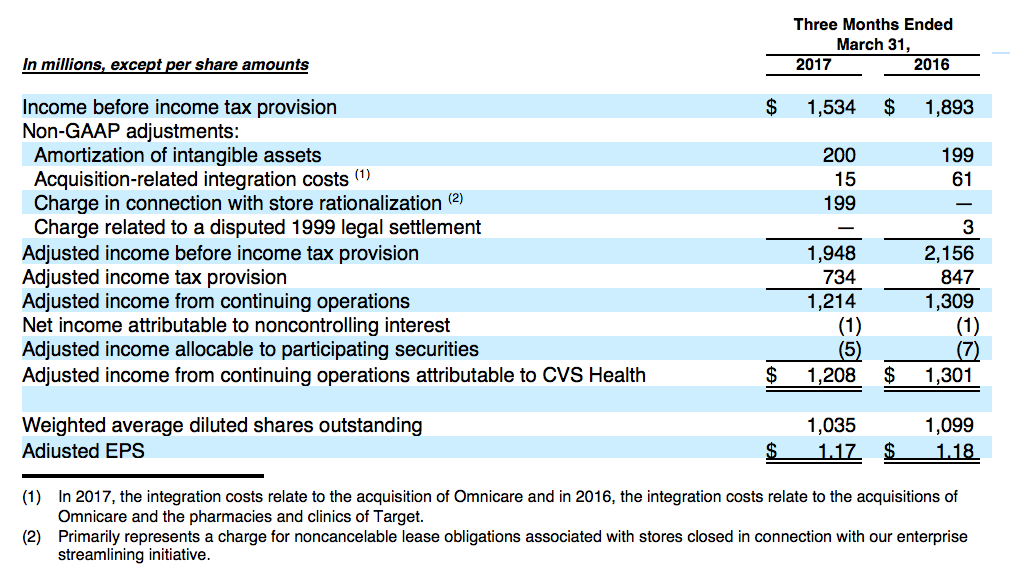 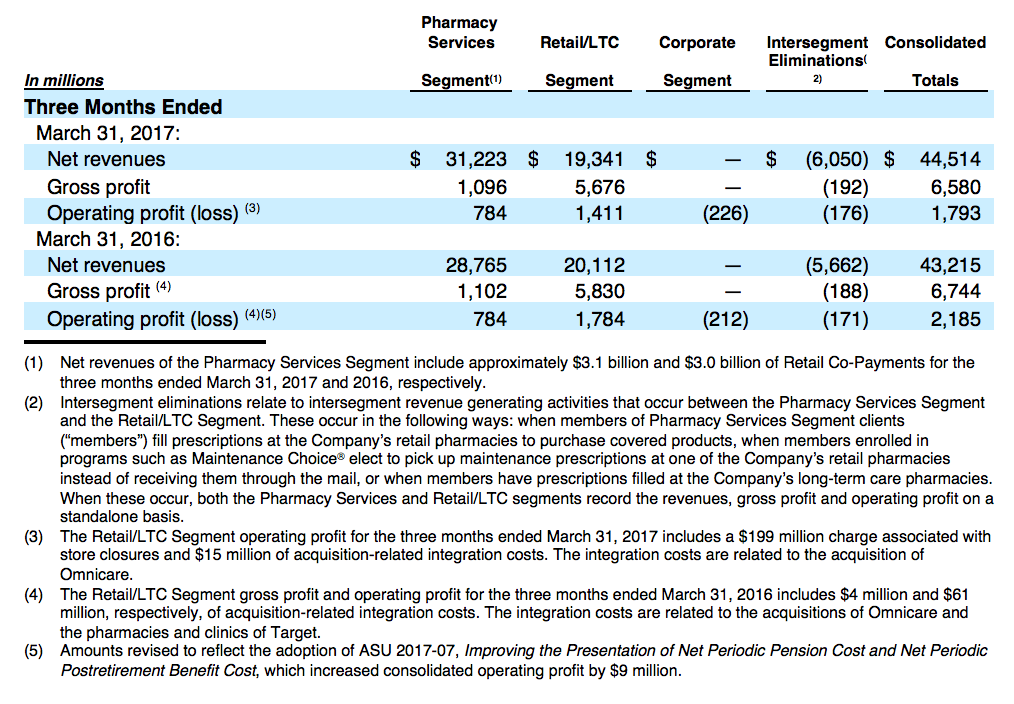 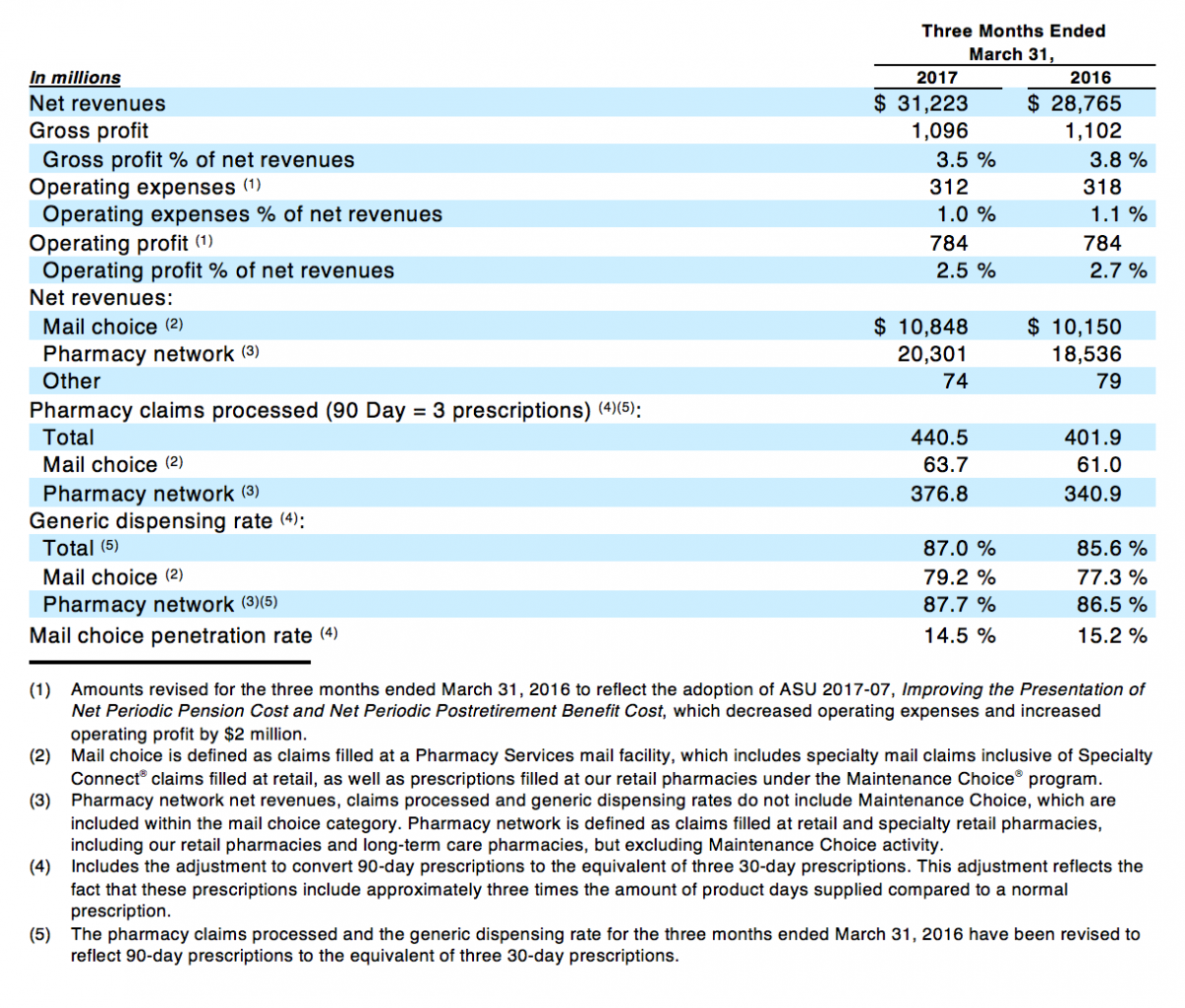 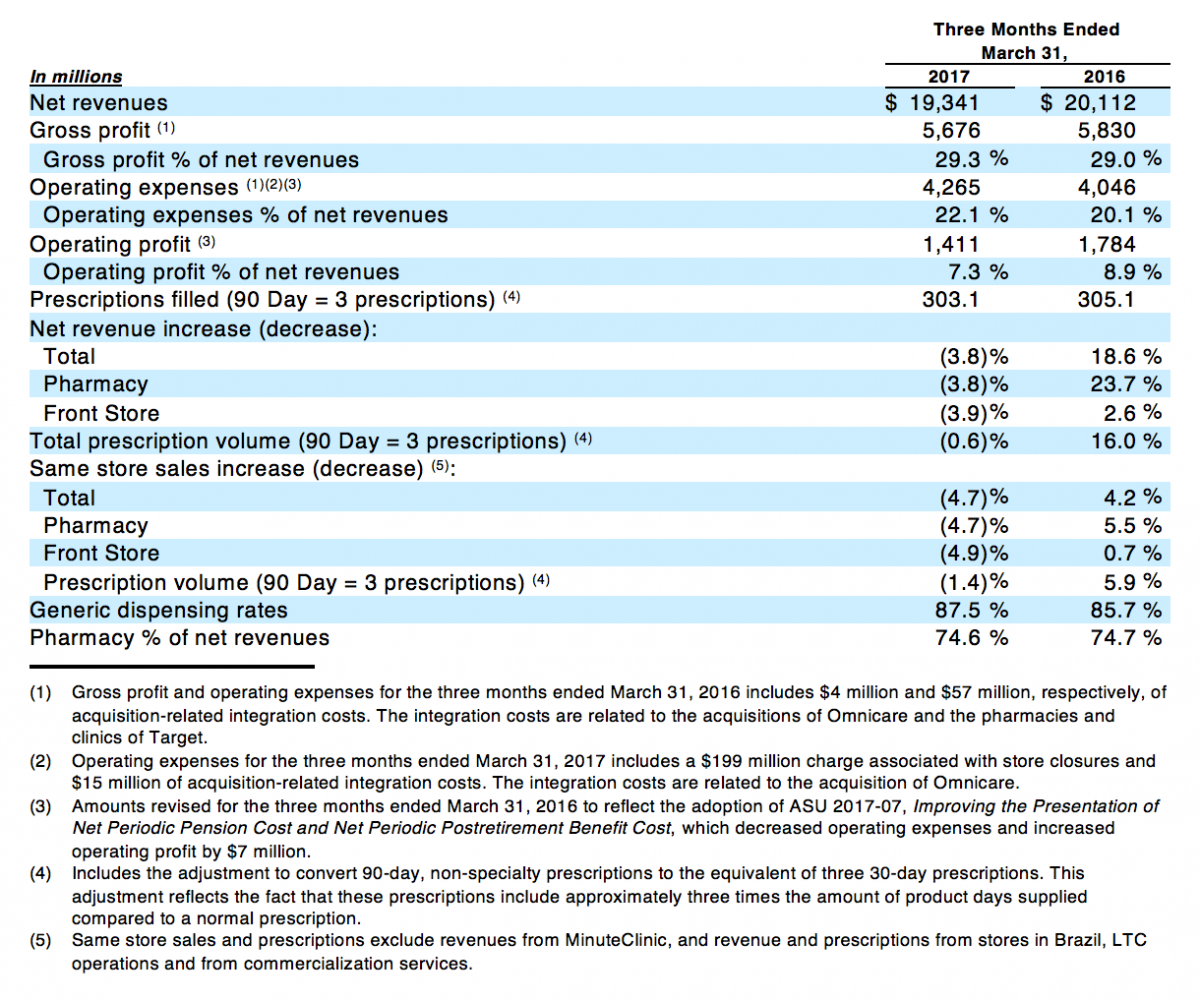