President and Chief Executive Officer Larry Merlo stated, “The solid third quarter results we posted today keep us well on track to achieve our full-year targets. While operating profit in the Retail/LTC Segment was impacted by the devastating hurricanes, operating profit in the Pharmacy Services Segment was in line with expectations. At the same time, we continued to deliver substantial free cash flow and return significant value to our shareholders through dividends and share repurchases.”

Mr. Merlo continued, “Given our performance year-to-date and our confidence in our expectations for the remainder of this year, we are narrowing and raising the midpoint of our Adjusted EPS guidance for 2017. We remain committed to returning to healthy levels of earnings growth for the total enterprise, and the actions we have taken thus far this year, including our expanded partnerships and new PBM offerings, set us on the right track for growth.”

Revenues in the Retail/LTC Segment decreased 2.7% to approximately $19.6 billion in the three months ended September 30, 2017. The decrease was largely driven by a 3.2% decrease in same store sales, an increase in the generic dispensing rate and continued reimbursement pressure.

Consolidated operating profit for the three months ended September 30, 2017, decreased $325 million, or 11.5%, to $2.5 billion. The decline was primarily driven by the previously-announced restricted networks that exclude CVS Pharmacy and continued reimbursement pressure in the Retail/LTC Segment, price compression in the Pharmacy Services Segment, and as expected, the timing of Medicare Part D profits between the third and fourth quarter of 2017. In addition, the Company incurred $55 million in expenses in the three months ended September 30, 2017, predominately in the Retail/LTC Segment, for the three major hurricanes that hit the southern United States and Puerto Rico. These decreases were partially offset by lower acquisition-related integration expenses of $59 million.

Net income for the three months ended September 30, 2017 decreased $256 million or 16.6%, to $1.3 billion. The decrease was due to the $325 million decrease in operating profit plus $187 million of losses on pension settlements included in other expense, partially offset by the absence of a $101 million loss on early extinguishment of debt that affected the prior year.

The Company confirmed its 2017 cash flow from operations guidance of $7.7 to $8.6 billion and free cash flow guidance of $6.0 to $6.4 billion. These 2017 guidance estimates assume the completion of $5.0 billion in share repurchases.

The Company closed 68 retail stores and took a charge of $211 million in the nine months ended September 30, 2017. As previously disclosed, the Company expects to close a cumulative total of 70 retail stores during the year ending December 31, 2017 and expects the cumulative charges to total approximately $220 million. The charges are primarily associated with the remaining noncancelable lease obligations of the stores.

The Company will be holding a conference call today for the investment community at 8:30 am (ET) to discuss its quarterly results. An audio webcast of the call will be broadcast simultaneously for all interested parties through the Investor Relations section of the CVS Health website at http://investors.cvshealth.com. This webcast will be archived and available on the website for a one-year period following the conference call. 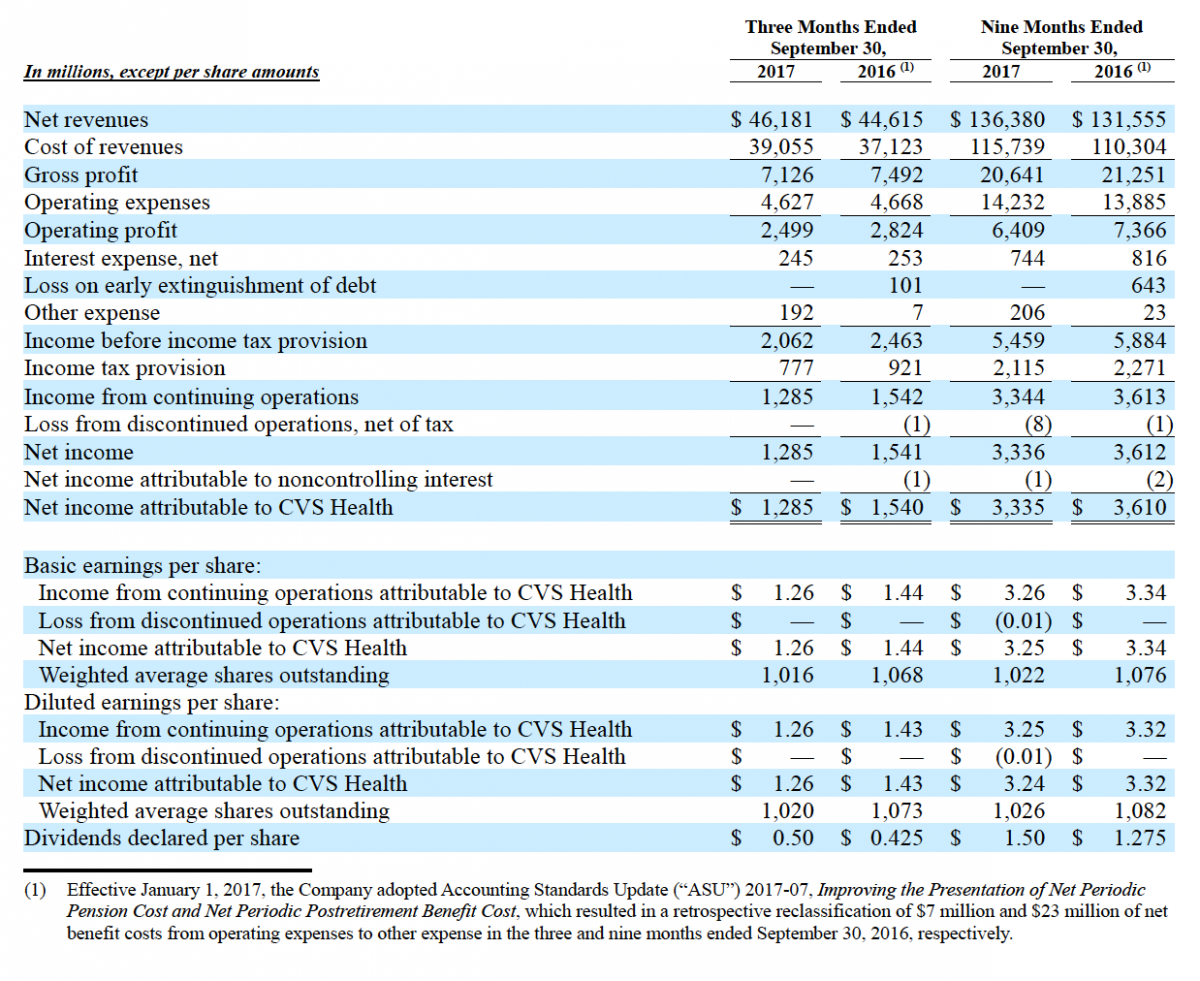 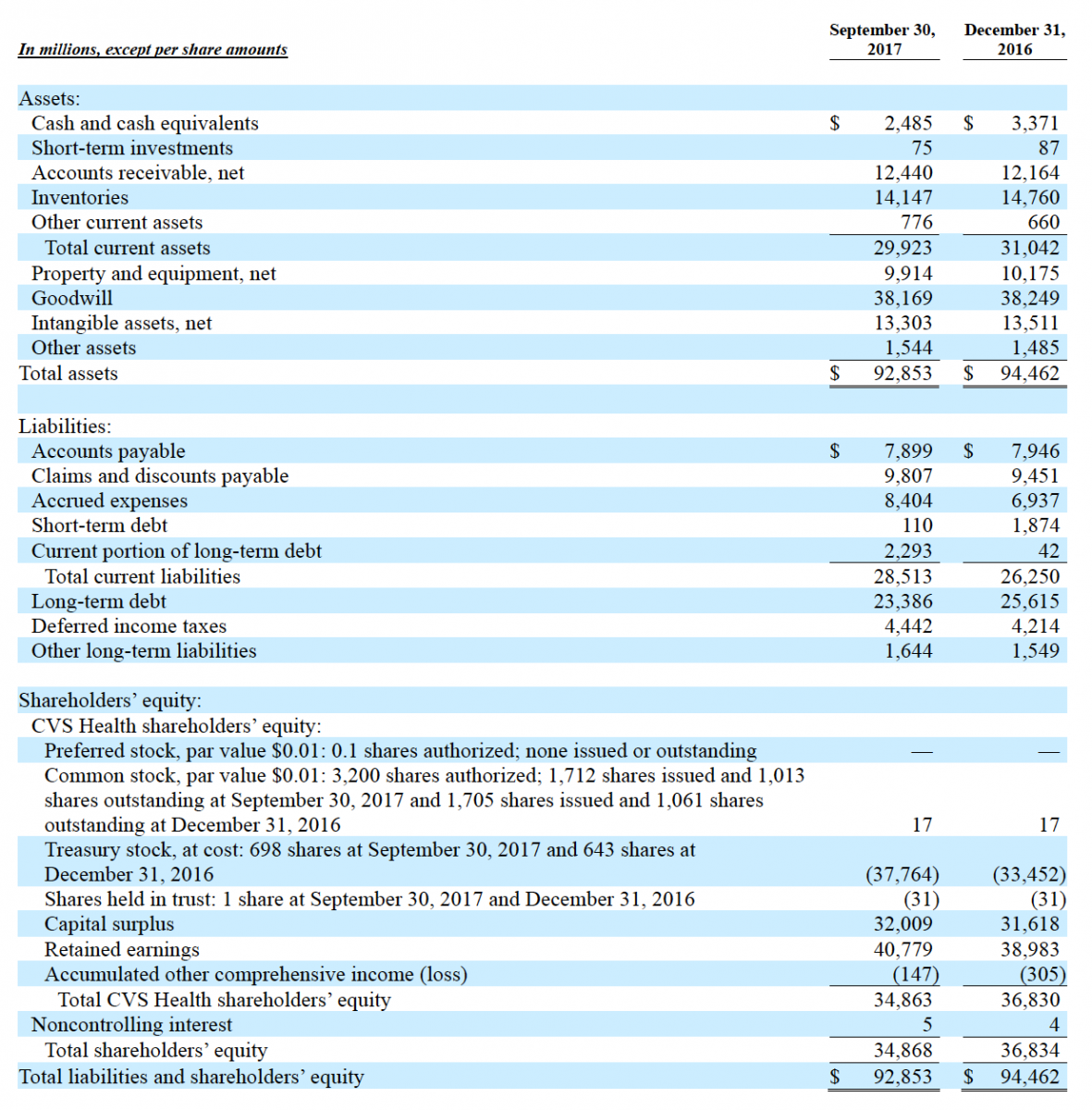 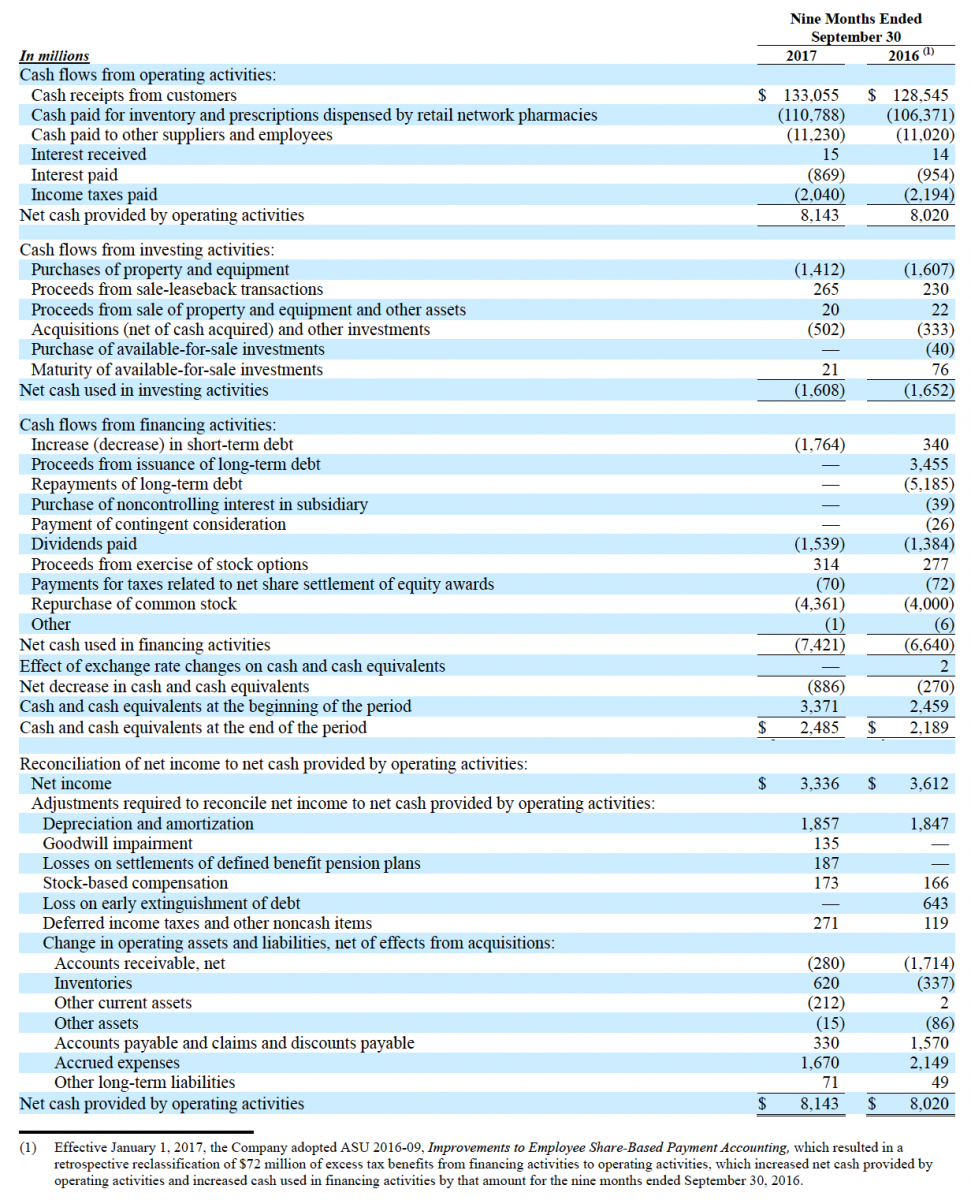 The Company defines Adjusted Earnings per Share, or Adjusted EPS, as income from continuing operations excluding the impact of certain adjustments such as the amortization of intangible assets, acquisition-related transaction and integration costs, losses on settlements of defined benefit pension plans, charges in connection with store rationalization, goodwill impairments, losses on early extinguishments of debt, and adjustments to legal reserves in connection with certain legal settlements, and, divided by the Company’s weighted average diluted shares outstanding. The Company believes that this measure enhances investors’ ability to compare the Company’s past financial performance with its current performance. 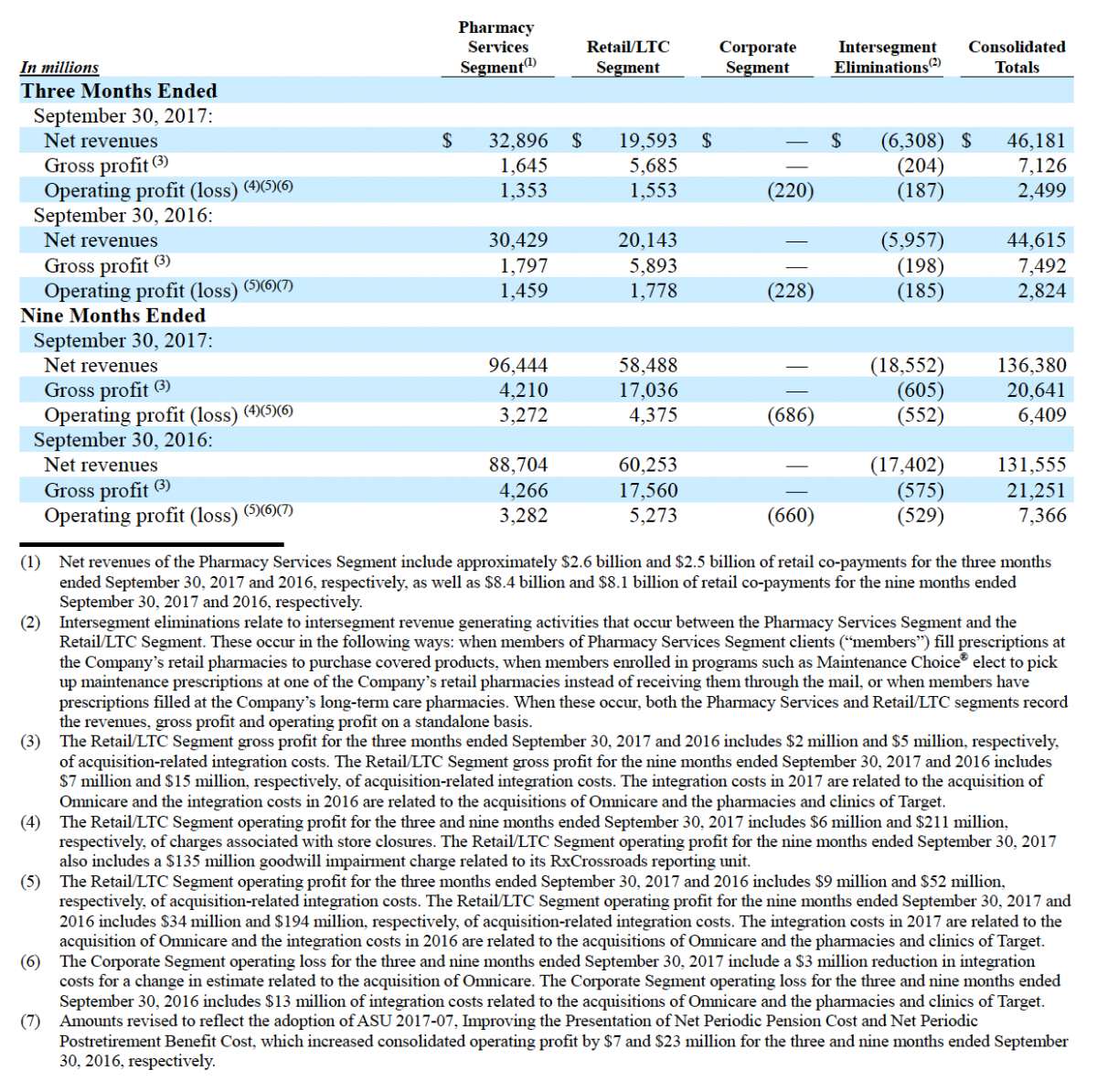 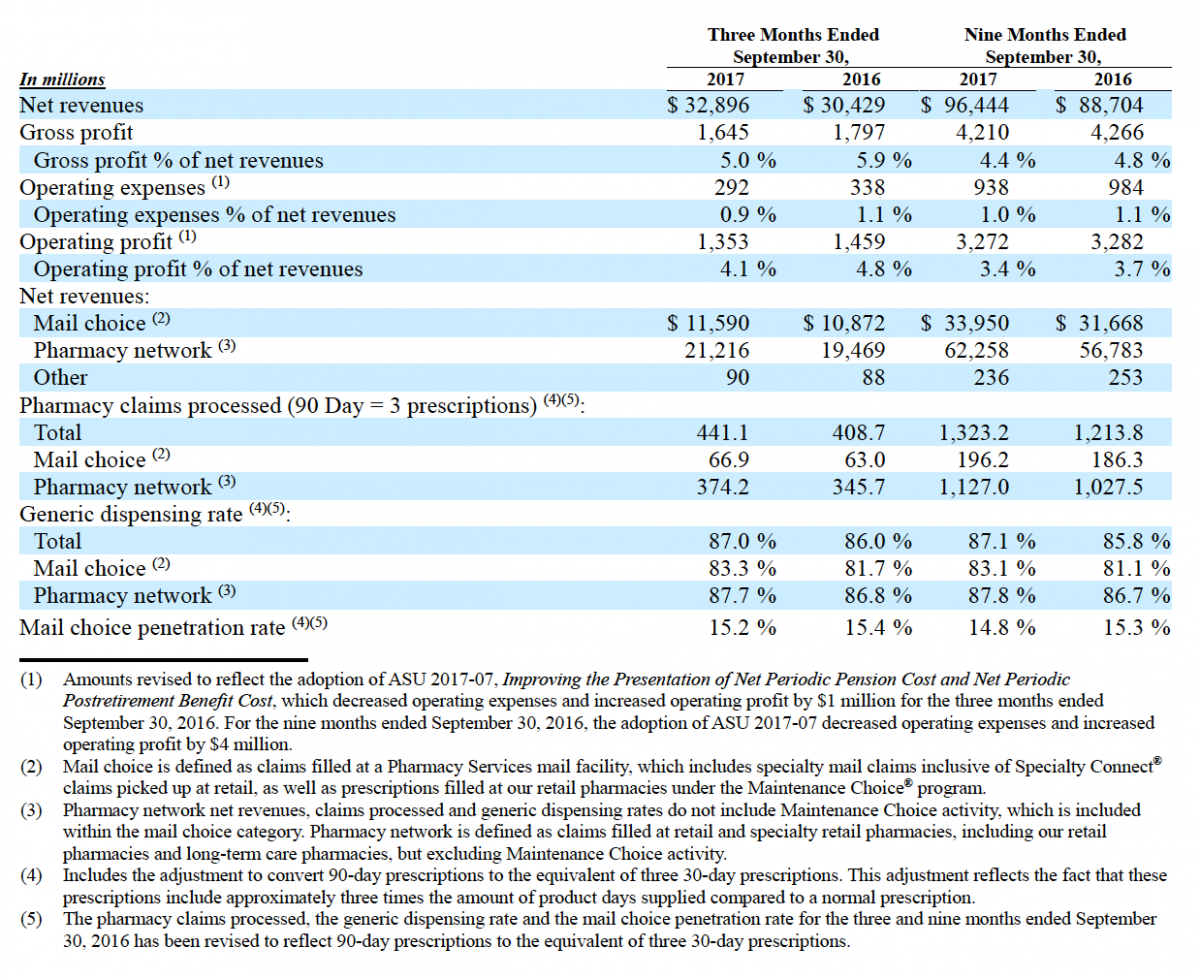 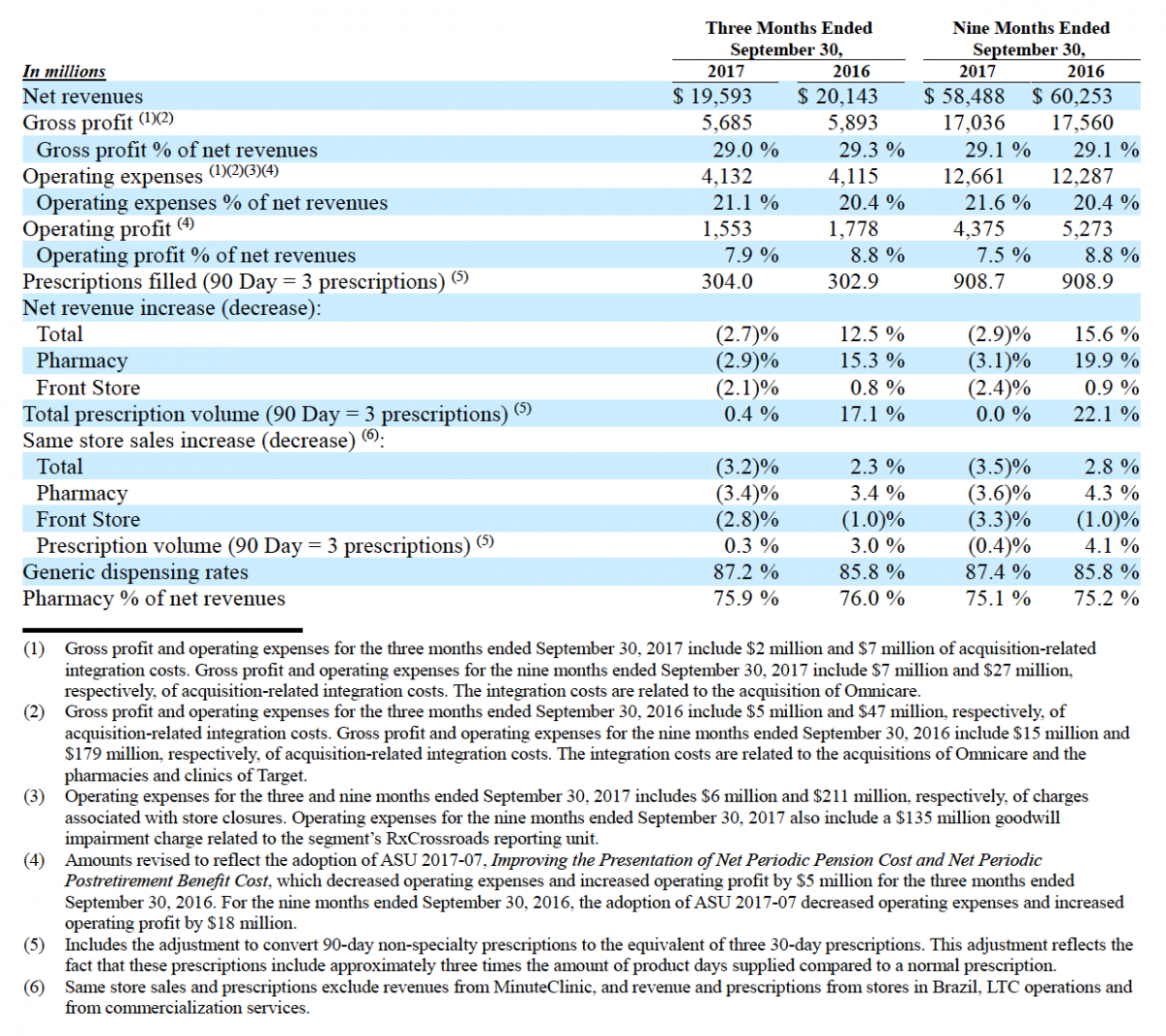 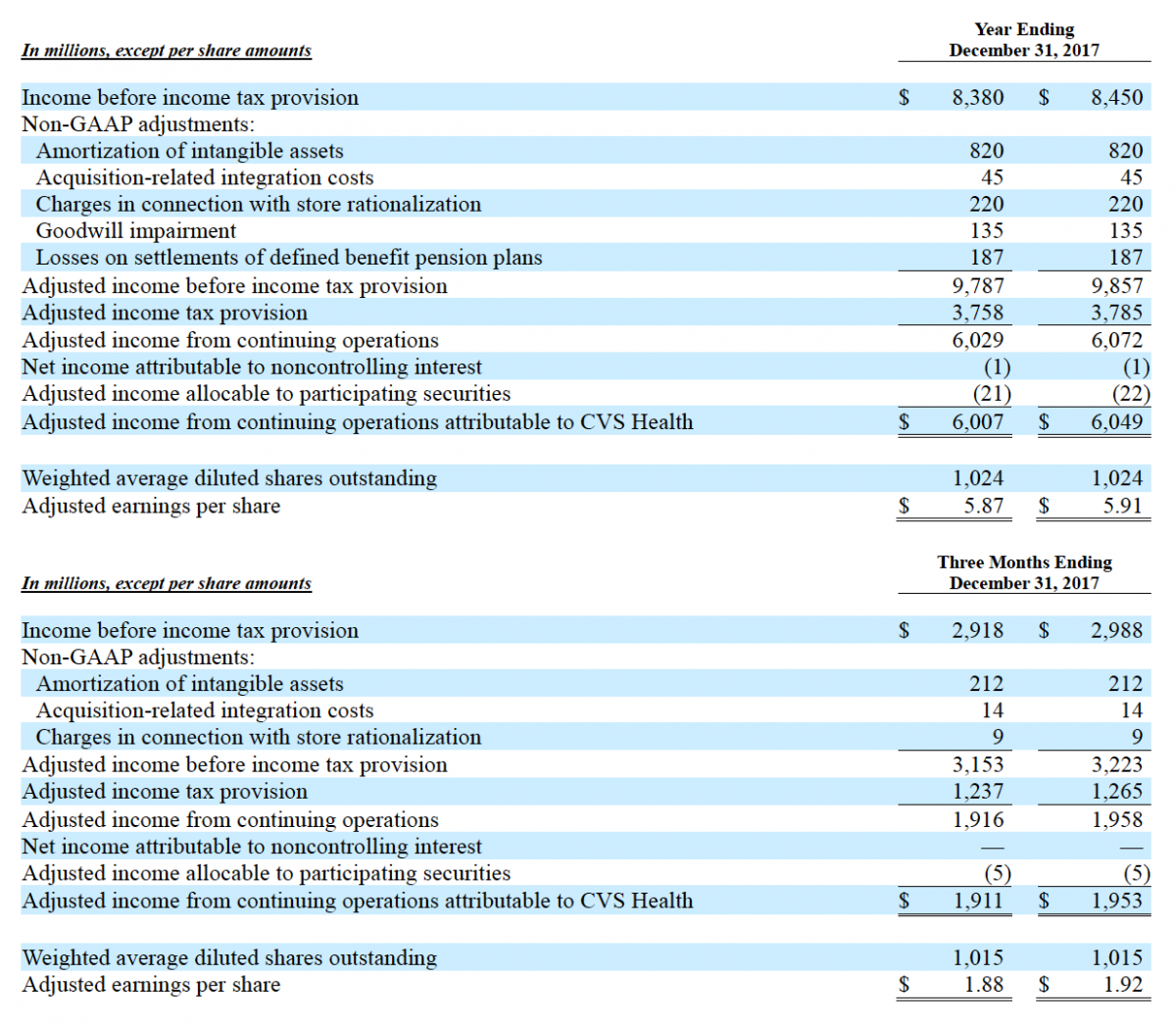