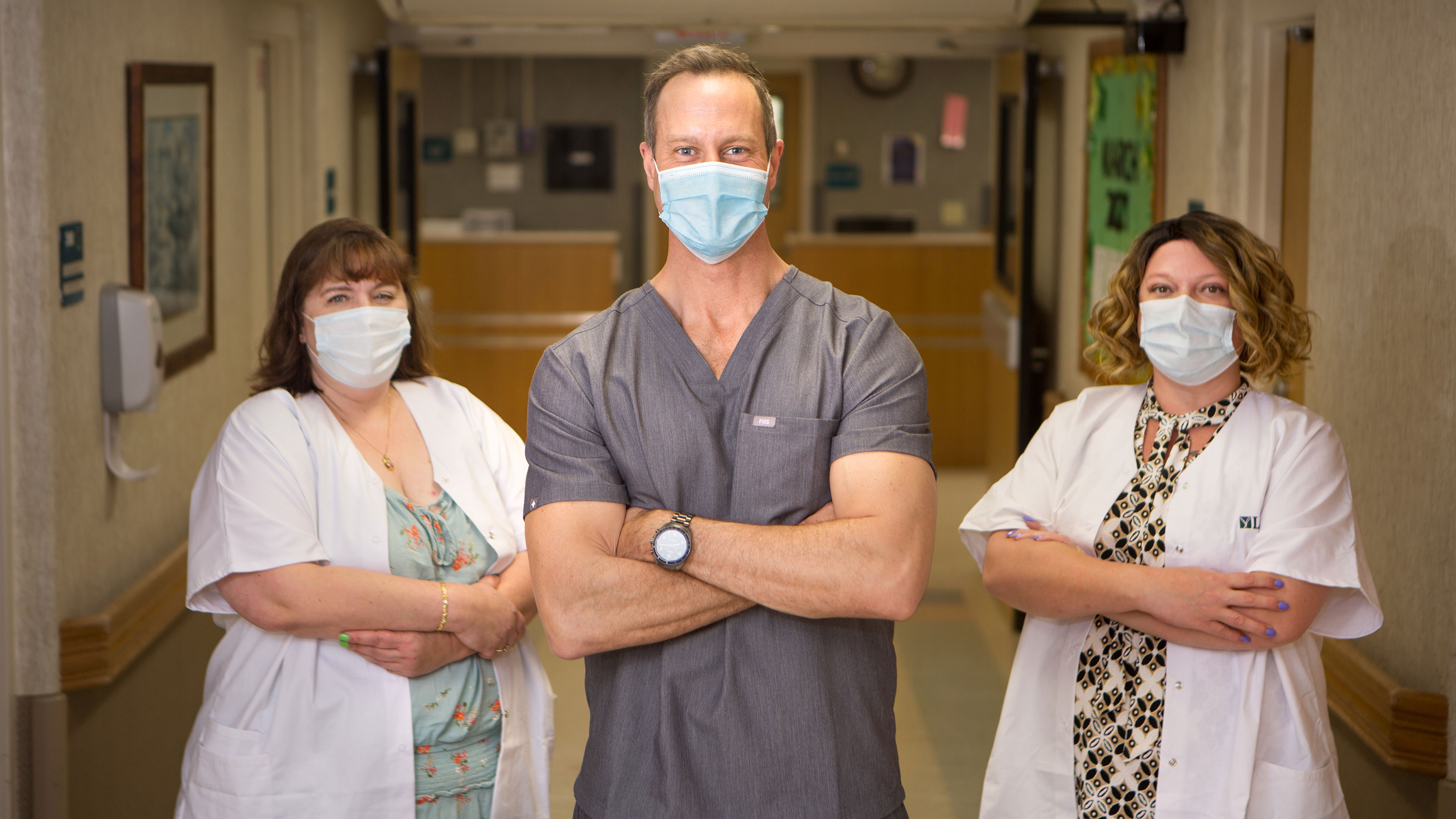 “We called it ‘Bam’ for short,” David says. “I remember feeling badly for the pharmacist who had to explain the complicated process for dispensing bamlanivimab to nursing staff."

Unbeknownst to him, David would be that pharmacist — using the treatment to sustain the lives of 46 patients.

Just two hours after he received the authorization, Darlene Breese, Director of Nursing at The Laurels of Sandy Creek Nursing and Rehabilitation Center sent David a dire text. At their 87-bed facility in Wayland, Michigan, 37 residents, mostly seniors, had tested positive for COVID-19.

“There was real urgency. Patients were becoming sicker, at least eight patients were expected to need hospitalization within 24 hours,” David says. “We knew the health care system would be overwhelmed if they were admitted. The State Department of Health was anticipating a mass casualty incident.”

But David and Darlene had Bam. “Early tests had shown a 50% decrease in hospital admissions,” explains David. They decided those promising numbers were worth a shot. 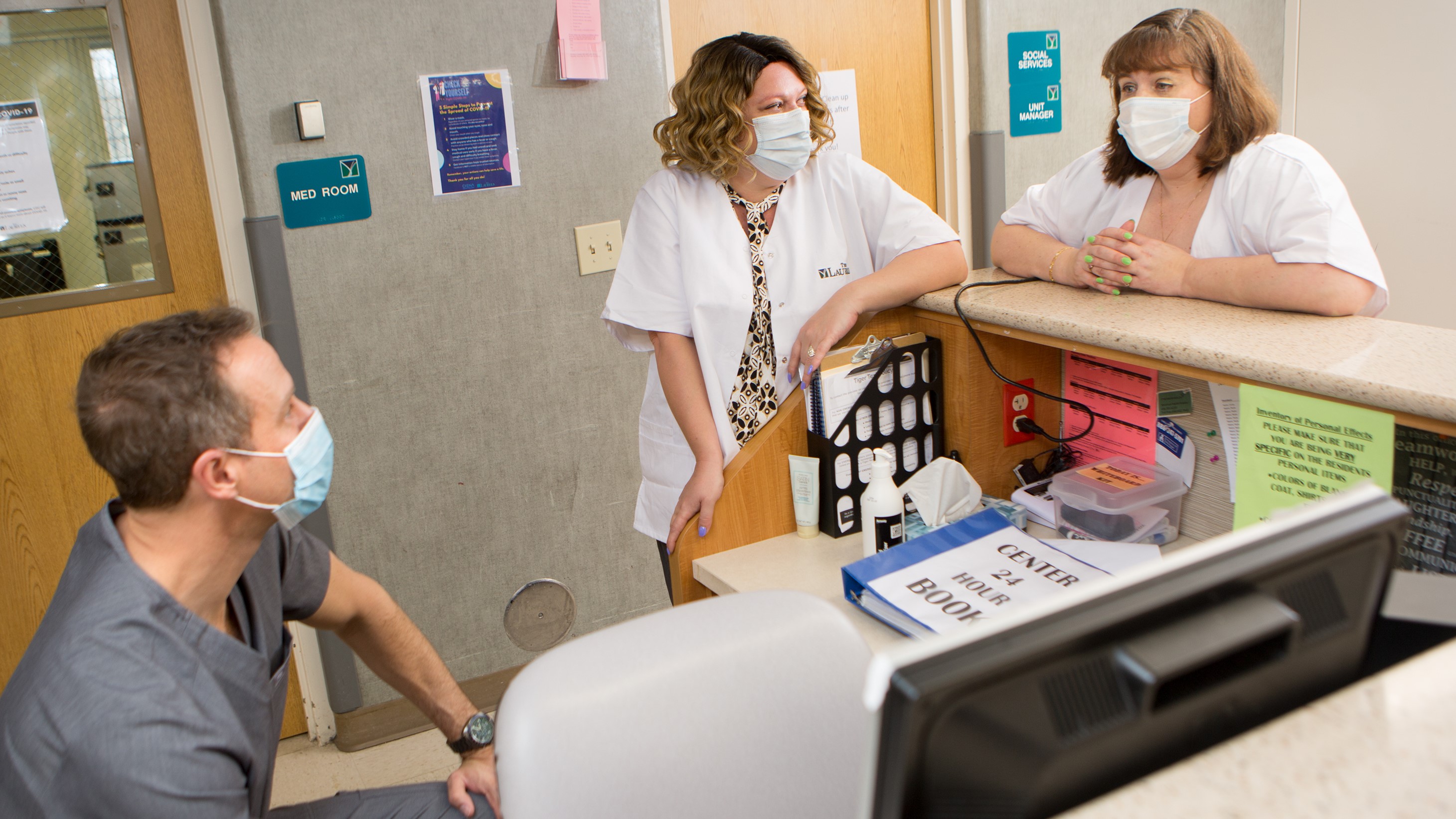 While Darlene and Julie Fox, Assistant Director of Nurses, prepped the staff, David took charge of logistics — no small task, given the scope of the clinic. “We coordinated with the Allegan County Health Department, EMS, IV pharmacists, pharmacy operations and the Michigan Department of Health who alerted the U.S. Surgeon General,” says David. “They weren’t aware of a clinic anywhere in the country with more than 15 patients. We were assisting 37.”

Quarterbacking from his home office for efficiency, David ensured every IV tube was accounted for, every nurse was briefed and every patient was pre-screened.

“My staff and I were so hopeful this solution would keep them safe,” says Darlene. “David was with us for every step. He was a rock.”

Twenty-four hours after David received the Bam authorization, the treatment was administered. An additional 10 patients with Covid-19 would receive treatment the following week. Sadly, one patient, already on hospice care, would pass away. Every other patient recovered, without hospitalization, and with only minor side effects such as an upset stomach.

“Between Bam’s success and CVS Health’s role providing vaccinations, I feel such renewed hope that nursing home residents and staff have less to fear from Covid-19,” adds David, his voice reflective. “This is significant.”

Thank you, David, for connecting so many vital lifelines.