Earlier this year U.S. News and Aetna announced a landmark collaboration: the Healthiest Communities Rankings. In the “Our Neighborhood Health Story” series, we take a look at communities on the list working to solve health challenges with the help of a grant from the Aetna Foundation. Clay County, FL ranks #482 and is the first community profiled.

Steven Heflin never considered himself much of a student. The 16-year-old Clay County, Florida, native would much rather work with his hands than do homework. But homework became more interesting about a year ago, when he enrolled in R.C. Bannerman Learning Center – supported in part through a grant from the Aetna Foundation – and began making weekly trips with his science class to the school’s garden.

With help from garden volunteers, Steven has learned how to cultivate many of the fruits and vegetables he loves, including broccoli, onions, radishes and peppers.

Like other Bannerman students, though, it’s more than just a garden for Steven. The gardens are a way to motivate students, teach them life skills and build healthier communities by getting fruits and vegetables in the hands of those who most need it, starting with the students and their families.

“So many of our students struggle with having fresh produce because in their homes, fresh produce is fairly expensive,” said Bannerman science teacher John Coleman. “They may have never had fresh green beans or fresh fruit right off the tree.”

He remembers an eighth grader discovering Swiss chard in the garden last year. “He took some home, cooked it himself, ate the entire thing, and came back saying how good it was. This was an eighth-grade boy, in the kitchen, cooking his own food!”

Getting a teenager excited about school is a significant accomplishment, but perhaps even more so for the teachers at Bannerman, the only alternative school in the district. A majority of the kids have discipline or behavioral issues or are severely disabled. Many struggle to sit at their desks or focus during the 50 minutes of class time.

Watch the video above to learn how the program is helping those students pick up skills they’ll use the rest of their lives.

For the full story, read more on Aetna’s The Health Guide. 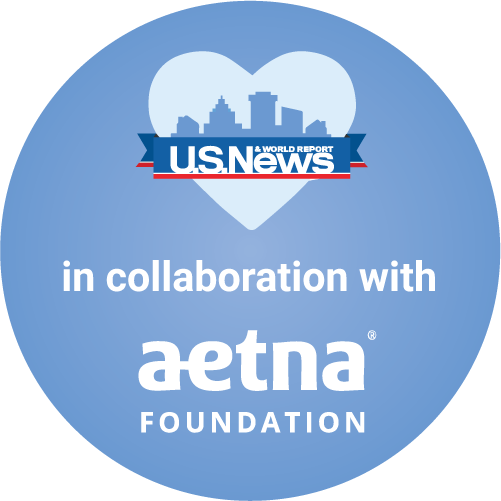 The Healthiest Communities Rankings evaluated nearly 3,000 communities nationwide across 10 categories, from education and population health to infrastructure and economy. In addition to assessing which communities offer their citizens the greatest opportunity to live a productive, healthy life, the rankings offer insight into the best approaches for improving public health that can be shared and implemented across the country.