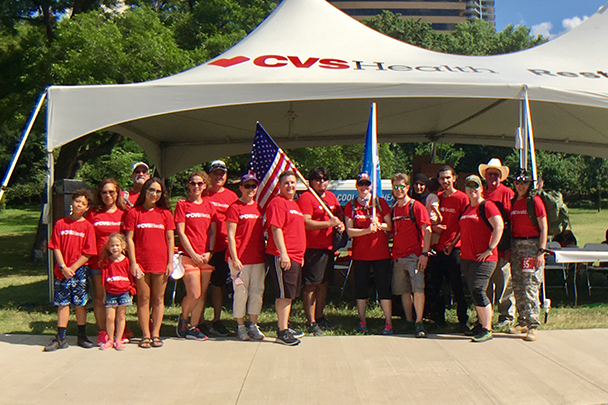 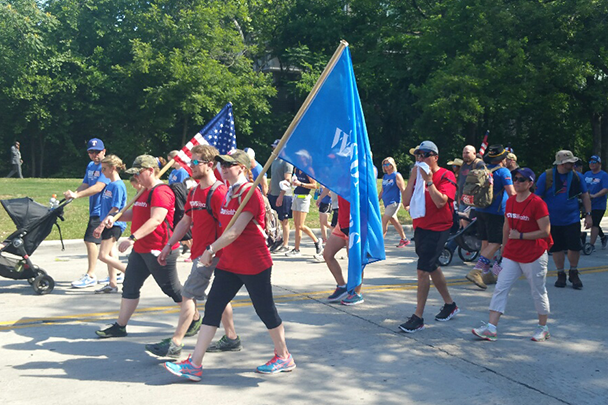 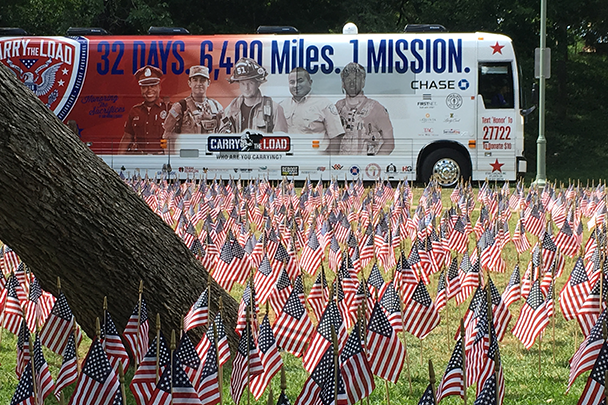 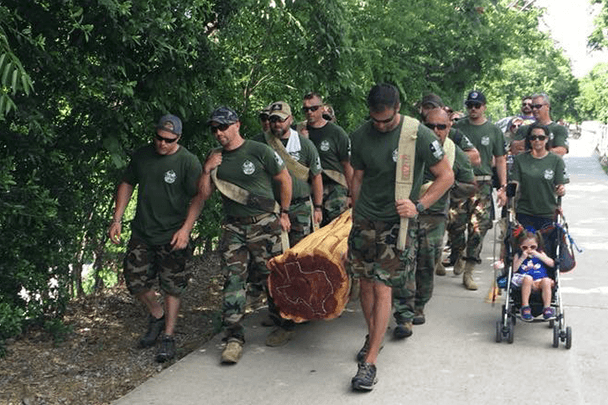 “My late husband, Jason and I would walk with Carry The Load each Memorial day weekend. It’s a wonderful way to be with fellow Americans and stay connected with the true meaning of Memorial Day,” shares Heather.

Carry The Load is a non-profit dedicated to providing active, meaningful ways to honor and celebrate the sacrifices made by our nation’s heroes - military, law enforcement, firefighters, rescue personnel and their families.

Jason served eight years in the U.S. Marine Corps and remained heavily involved in the veteran community and helping others after he left service.

“He was active with 22Kill, the organization that started the 22-day pushup challenge to increase awareness of the veteran suicide rate,” says Heather. Jason’s involvement in 22Kill led him to the Adaptive Training Foundation (ATF), which provides adaptive performance training for those dealing with life-altering injuries. ATF’s core 9-week program would become an active part in Jason’s own treatment plan after he was diagnosed with Parkinson’s disease at age 33.

“Staying active and working out was key to Jason’s treatment but ATF also gave him a new sense of life,” reminisces Heather. “He loved the camaraderie of being with others in the program. True to his nature, he’d show up for his workout and he would be checking to make sure everyone else was doing well.”

“After Jason died, so many people wanted to help me and offered support. It was more than I could imagine,” remembers Heather. “His whole life was about helping others, and with the outpouring of support I received, I just knew I wanted to do something more to give back.”

That next May, she did.

She started the team “Jason’s Warriors” and has raised over $32,000 for Carry The Load, including a $10,000 contribution by CVS Health and a $5,000 Volunteer Challenge Grant from the CVS Health Foundation. Through Carry The Load’s Continuum of Care program, funds are distributed to nonprofits that support veterans and their families, including 22Kill and ATF.

“Jason’s identity was being a Marine. The funds raised are an important way for me to honor his memory.”