President and Chief Executive Officer Larry Merlo stated, “Our solid performance both in the quarter and year-to-date demonstrates our ability to drive value. It also builds upon a strong foundation for a seamless integration of CVS and Aetna with one goal: to transform the consumer health care experience and, by doing so, deliver long-term profitable growth for shareholders.

“The strong revenue, adjusted EPS, gross and operating margins, along with cash flow generated in the quarter were the direct result of our team’s ability to increase prescription growth by expanding relationships with PBMs and health plans as well as our ongoing streamlining efforts and innovation. The genuine enthusiasm and the depth of talent throughout the CVS and Aetna organizations will be key assets as we focus on realizing the potential of our combination.”

Revenues in the Retail/LTC Segment increased 5.7% to approximately $20.7 billion in the three months ended June 30, 2018. The increase was primarily due to an increase in same store prescription volume of 9.5%, on a 30-day equivalent basis, due to continued adoption of our Patient Care Programs, alliances with PBMs and health plans, our inclusion in a number of additional Medicare Part D networks this year, and brand inflation. This increase was partially offset by continued reimbursement pressure and the impact of recent generic introductions.

Front store same store sales declined 1.0% in the three months ended June 30, 2018, compared to the same quarter of the prior year. The decrease in front store same store sales was driven by an unfavorable impact of approximately 90 basis points as a result of the shift of sales associated with the Easter holiday from the second quarter of 2017 to the first quarter of 2018, as well as softer customer traffic, partially offset by an increase in basket size.

Our LTC business has continued to experience challenges that have impacted our ability to grow the business at the rate that was originally estimated when the Company acquired Omnicare, Inc. in 2015. These challenges include lower client retention rates, lower occupancy rates in skilled nursing facilities, the deteriorating financial health of numerous skilled nursing facility customers, and continued facility reimbursement pressures. Based on updated financial projections developed during the second quarter of 2018, management determined that there were indicators that the goodwill of the LTC business may be impaired, and accordingly, an interim goodwill impairment test was performed as of June 30, 2018. The results of the impairment test showed that the fair value of the LTC business was lower than the carrying value resulting in a $3.9 billion noncash pre-tax and after-tax goodwill impairment charge. In addition to the lower financial projections, higher risk-free interest rates and lower market multiples of the peer group companies contributed to the amount of the goodwill impairment charge.

The previously announced acquisition of Aetna by CVS Health was approved by shareholders of both companies on March 13, 2018. The regulatory approval process is proceeding within a timeframe consistent with expectations. The companies received a second request for information from the U.S. Department of Justice on February 1, 2018 and are working cooperatively and productively with the Department of Justice on the approval process. All of the required change in control filings were submitted to 28 state insurance departments in January. To date, we have received approval from a substantial number of states and more are expected to approve this summer. Several additional states have already held or scheduled hearings. The transaction is expected to close during the third quarter or the early part of the fourth quarter of 2018.

To assure a smooth and successful integration, the companies are working together closely under an Integration Management Office (“IMO”) led by senior executives of both companies. A steering committee comprised of the executive leadership from both CVS Health and Aetna has also been established to oversee the work of the IMO and provide guidance and strategic direction to integration leaders, while also participating in the decision-making processes.

No Offer or Solicitation

Additional Information and Where to Find It 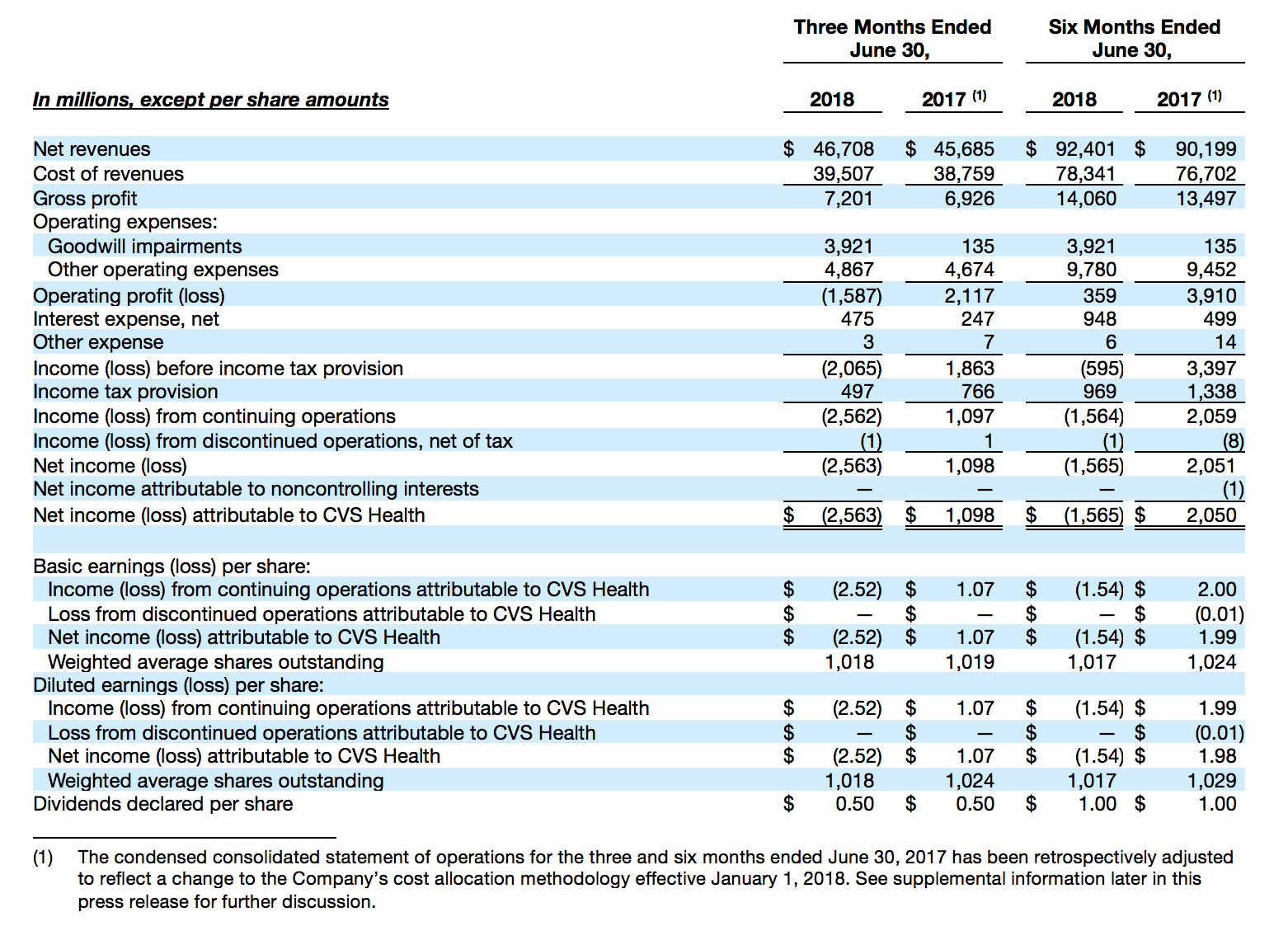 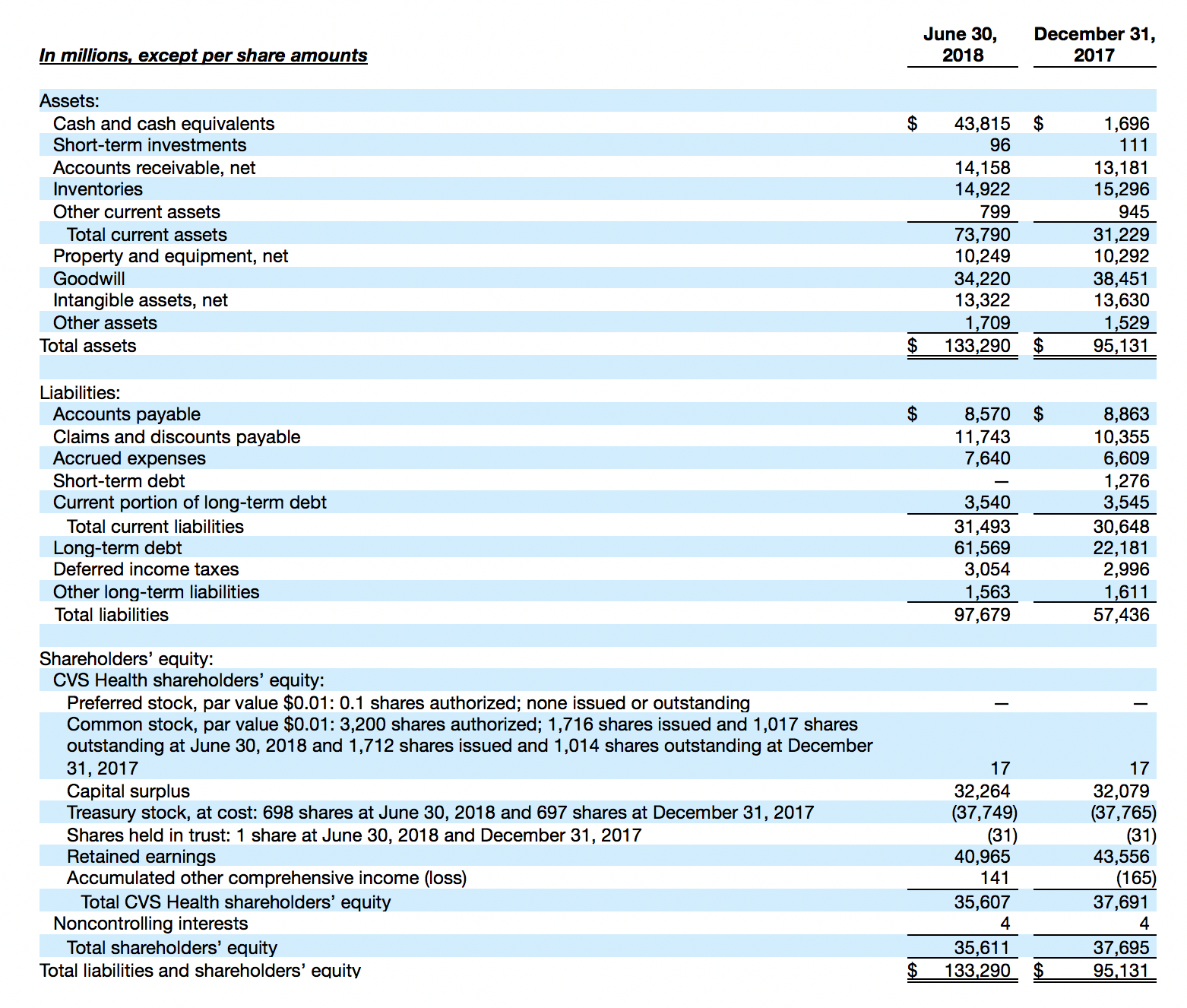 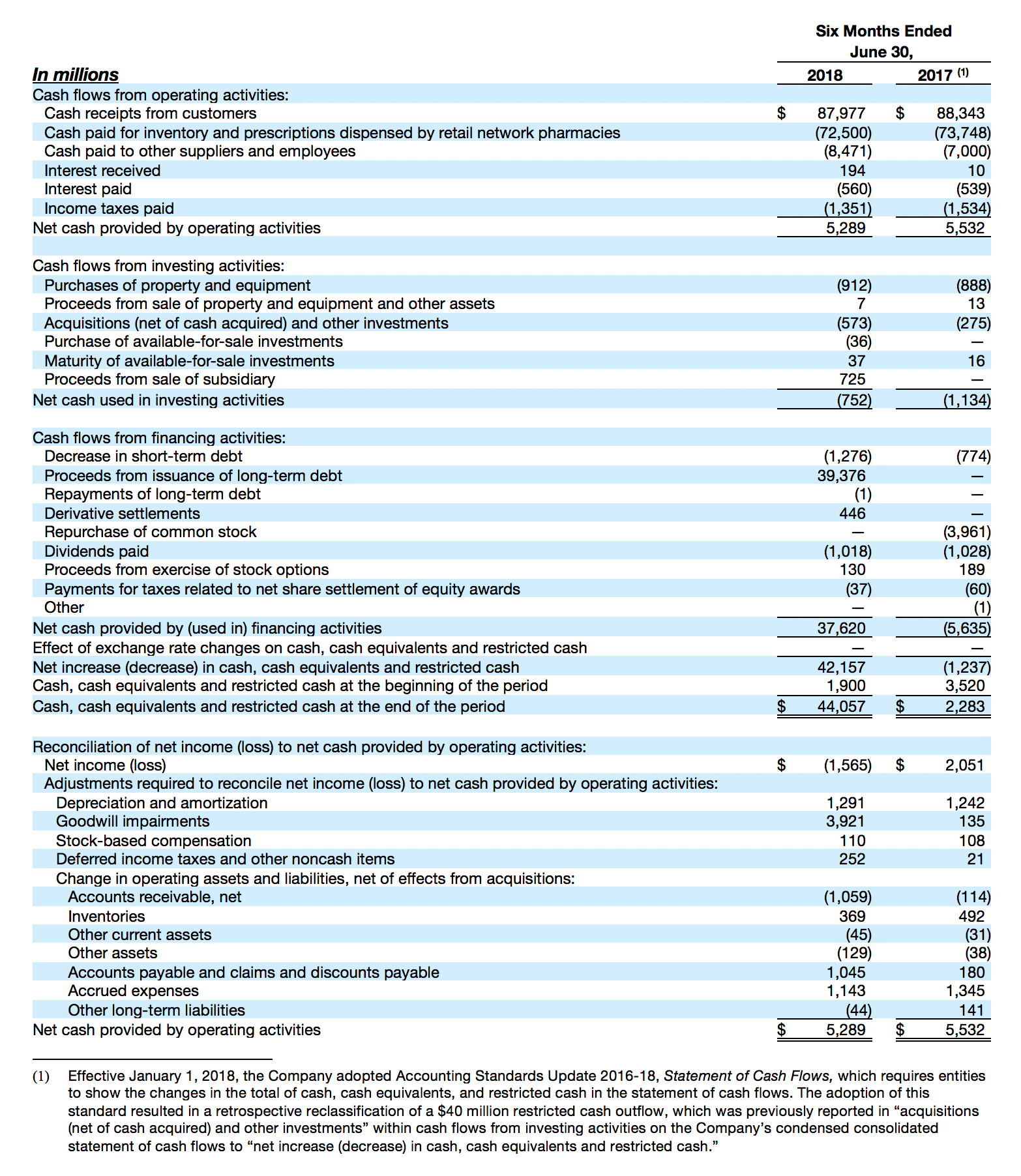 The following provides reconciliations of certain non-GAAP financial measures presented in this Form 8-K to the most directly comparable financial measures calculated and presented in accordance with GAAP. The Company is also providing reconciliations of certain non-GAAP information on a prospective basis. The Company uses the non-GAAP measures “Adjusted EPS,” “Free Cash Flow” and “Adjusted Operating Profit” to assess and analyze underlying business performance and trends. Management believes that providing these non-GAAP measures enhances investors’ understanding of the Company’s performance.

The Company defines Adjusted Operating Profit as operating profit excluding the impact of certain adjustments such as acquisition-related transaction and integration costs, goodwill impairments, gains and losses on divestitures of subsidiaries, and charges in connection with store rationalization, and any other items specifically identified herein. Management believes that this measure enhances investors’ ability to compare past financial performance with its current and expected performance.

The Company defines Adjusted Earnings per Share, or Adjusted EPS, as income from continuing operations excluding the impact of certain adjustments such as the amortization of intangible assets, acquisition-related transaction and integration costs, goodwill impairments, gains and losses on divestitures of subsidiaries, net interest expense on financing associated with proposed acquisitions, and charges in connection with store rationalization, and any other items specifically identified herein, divided by the Company’s weighted average diluted shares outstanding. Management believes that this measure enhances investors’ ability to compare the Company’s past financial performance with its current performance.

The following is a reconciliation of operating profit (loss) to Adjusted Operating Profit:

The following is a reconciliation of income (loss) before income tax provision to Adjusted EPS: 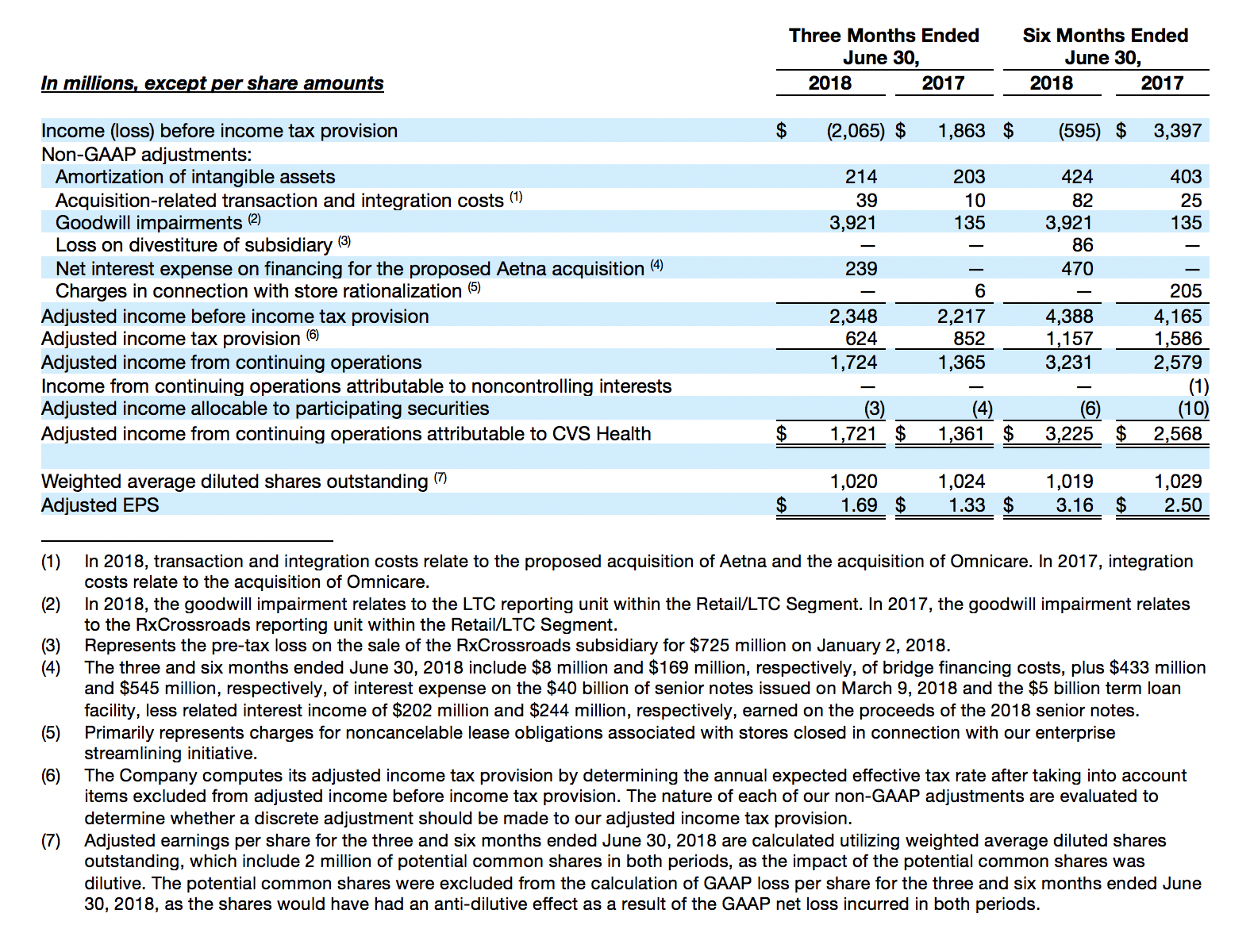 In conjunction with the Company’s implementation of a new enterprise resource planning system in the first quarter of 2018, the Company changed the manner in which certain shared functional costs are allocated to its reportable segments. Segment financial information for the three and six months ended June 30, 2017, has been retrospectively adjusted to reflect this change to the cost allocation methodology as shown below: 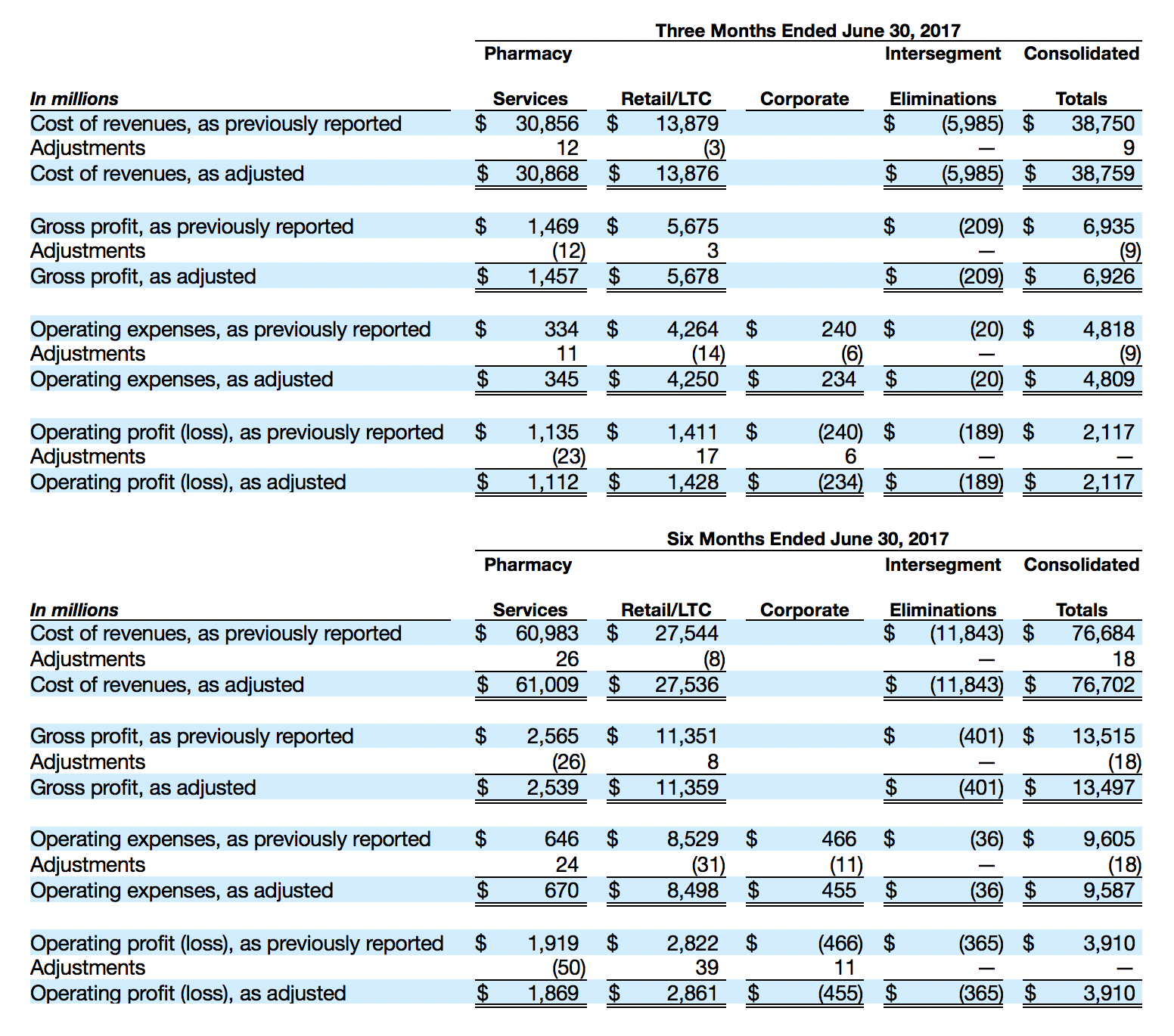 The following is a reconciliation of the Company’s segments to the accompanying condensed consolidated financial statements: 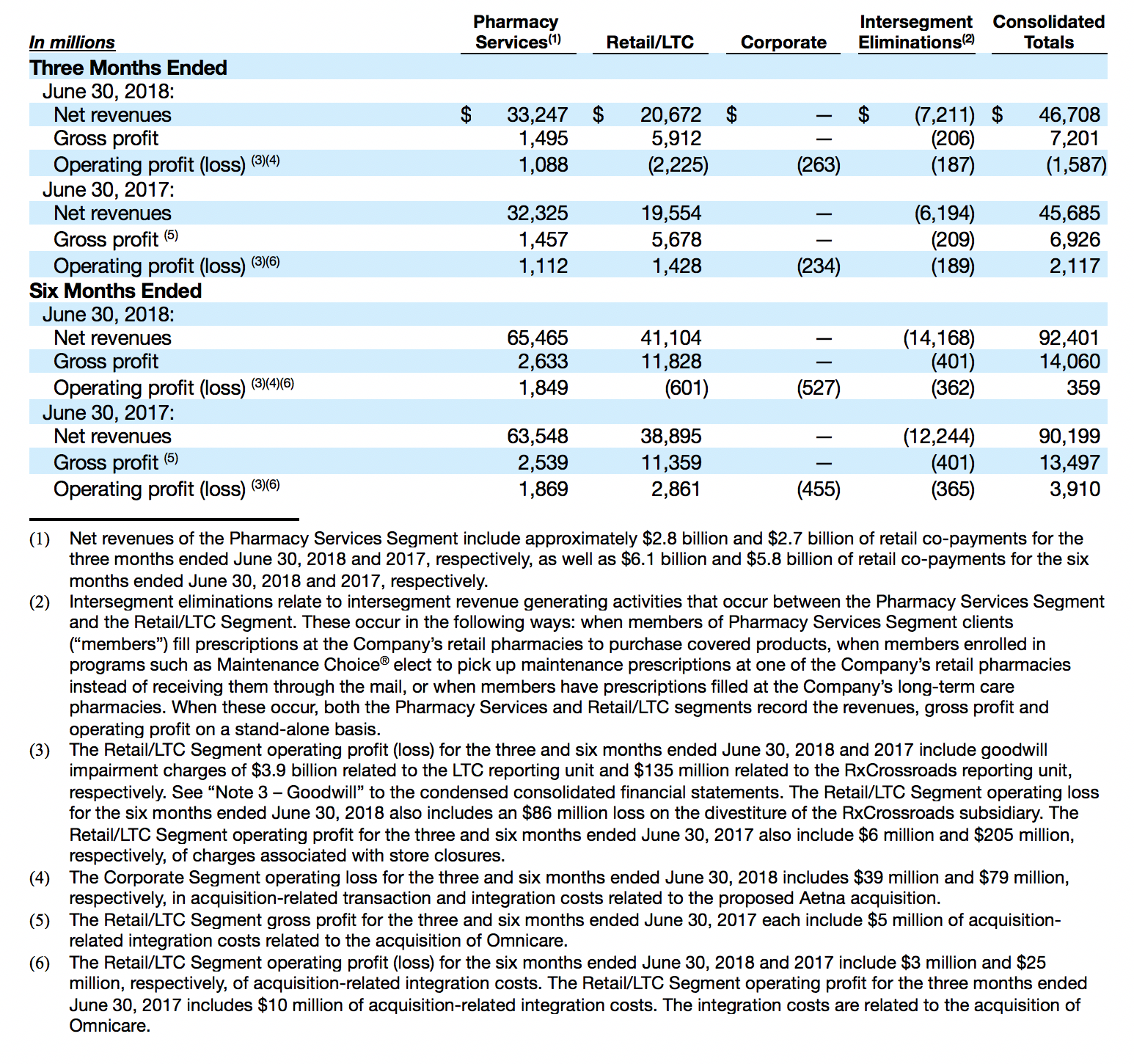 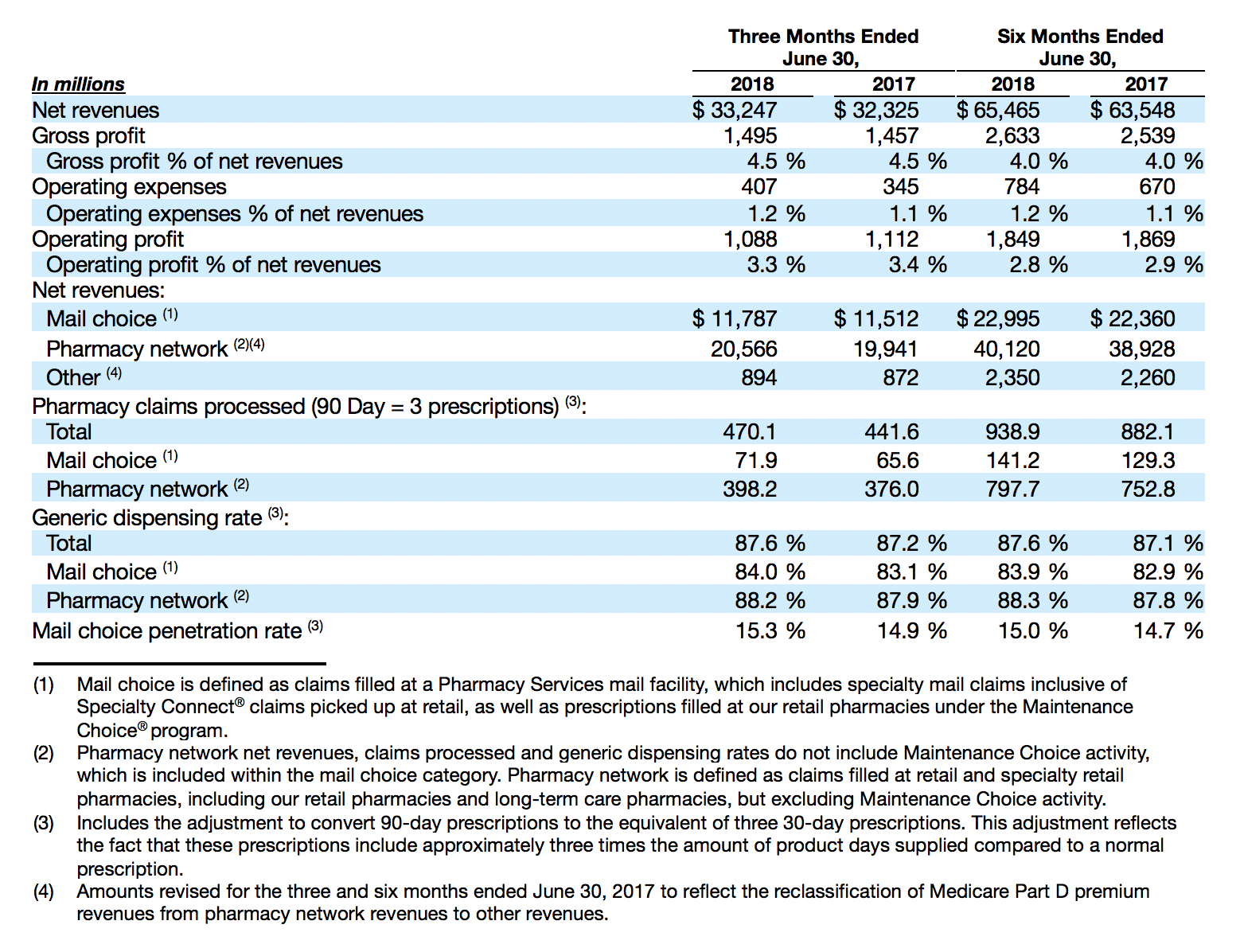 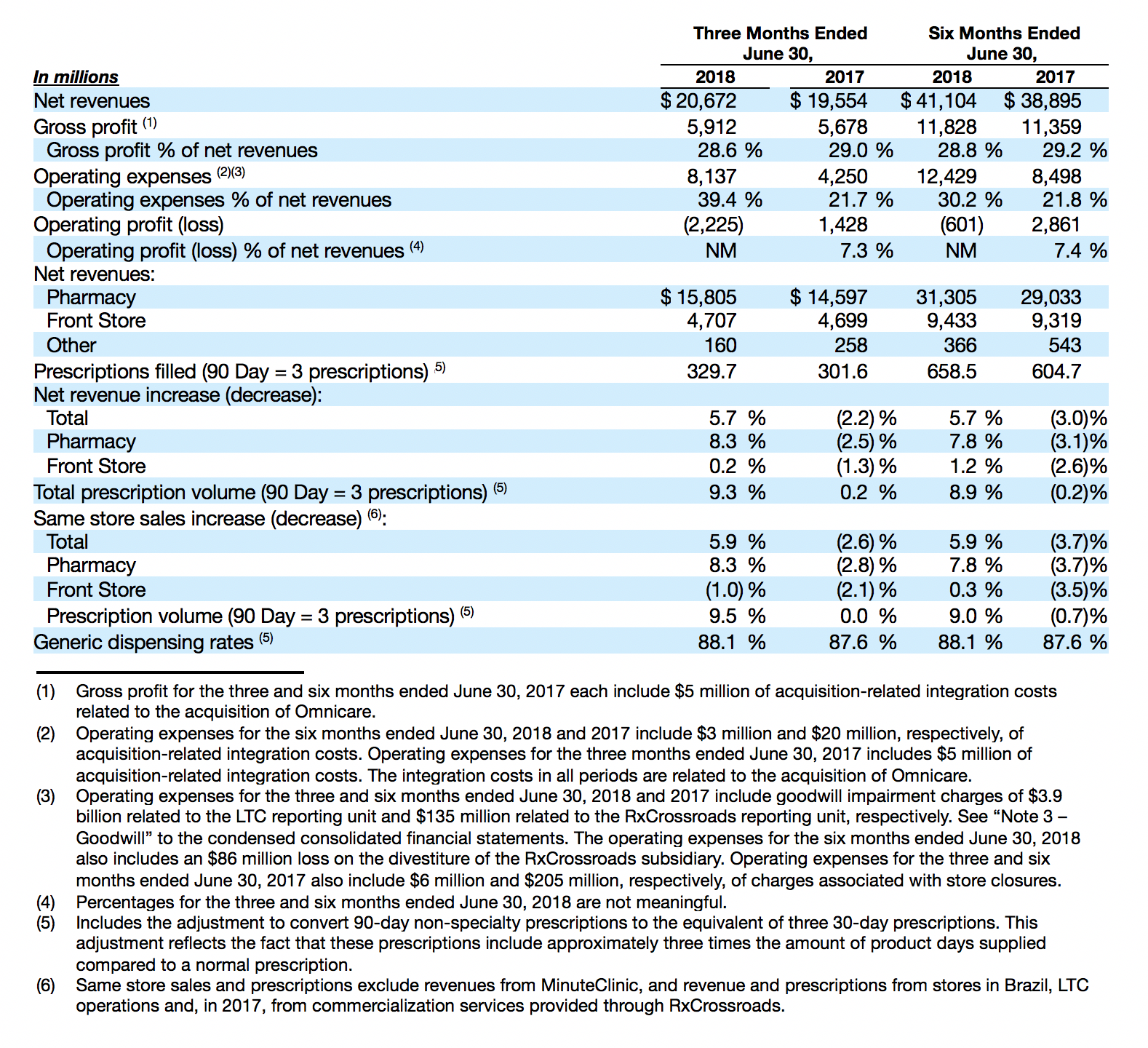 The following reconciliation of estimated operating profit to estimated adjusted operating profit contains forward-looking information. All forward-looking information involves risks and uncertainties. Actual results may differ materially from those contemplated by the forward-looking information for a number of reasons as described in our Securities and Exchange Commission filings, including those set forth in the Risk Factors section and under the section entitled “Cautionary Statement Concerning Forward-Looking Statements” in our most recently filed Annual Report on Form 10-K and Quarterly Report on Form 10-Q. See also previous discussion at “Non-GAAP Financial Measures” for more information on how we calculate Adjusted Operating Profit. 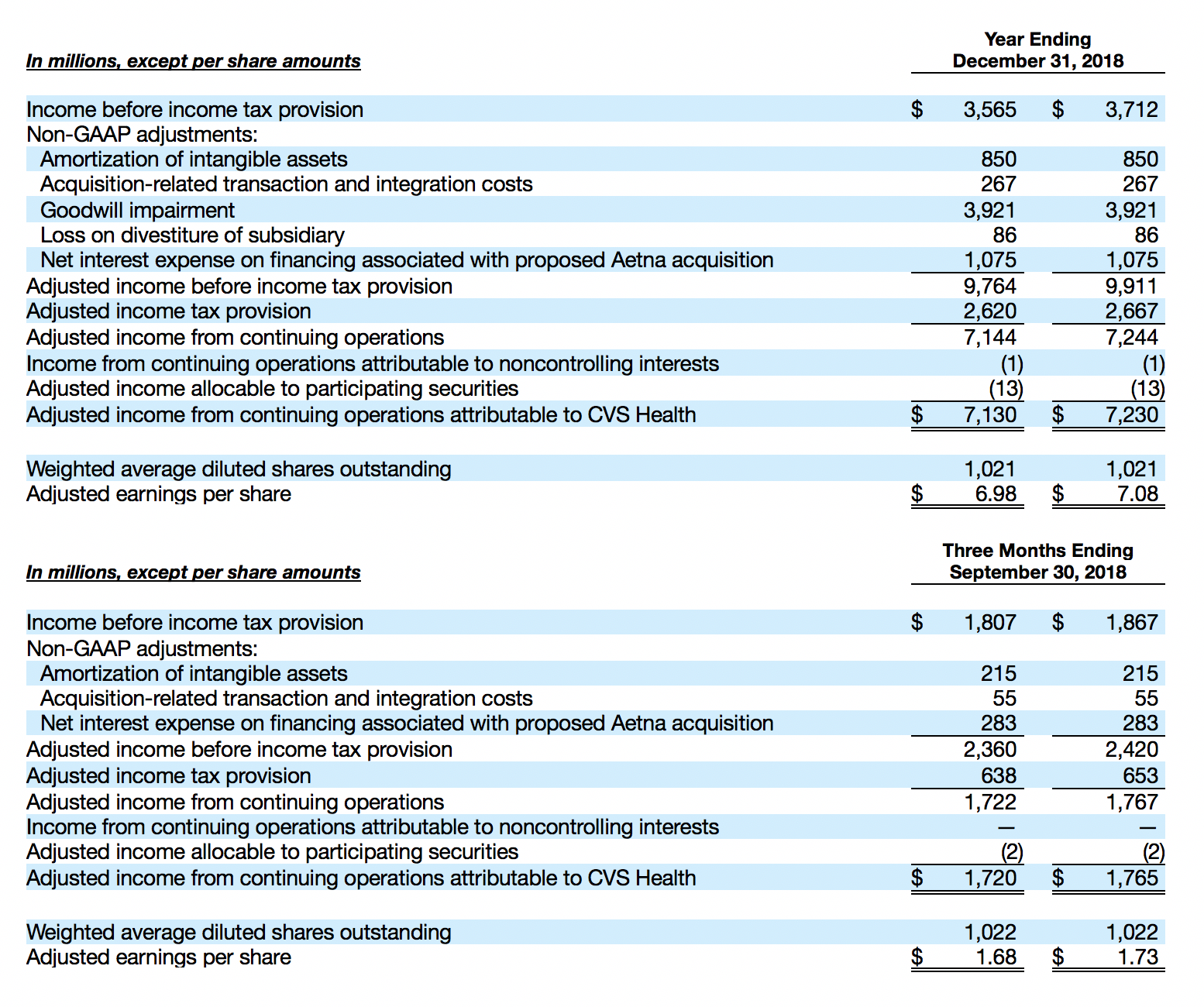