Free Screenings, Helpful Advice and a Visit from Pro Athletes at Project Health 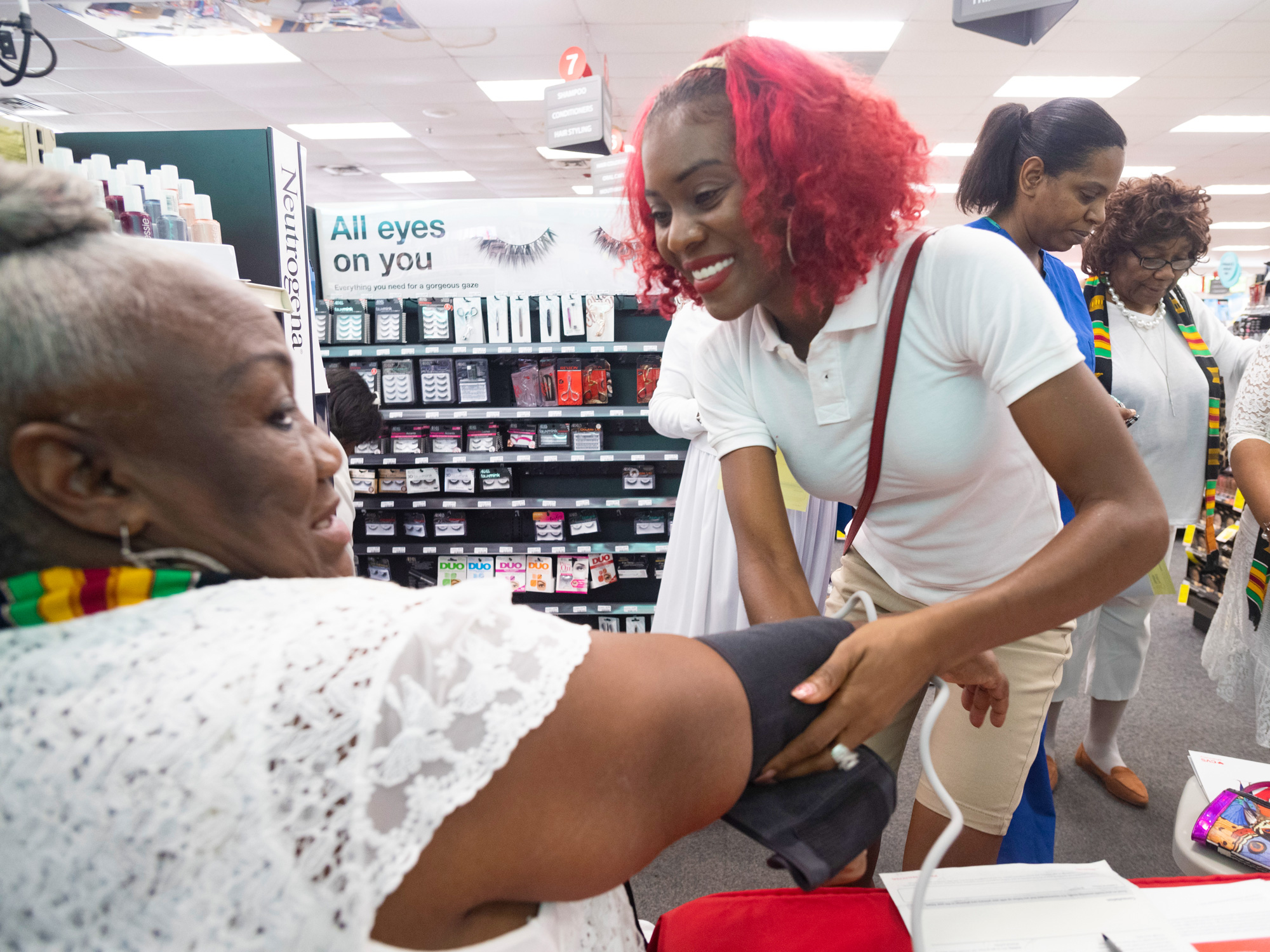 This Project Health event in Atlanta was one of nearly 600 targeting underserved communities. 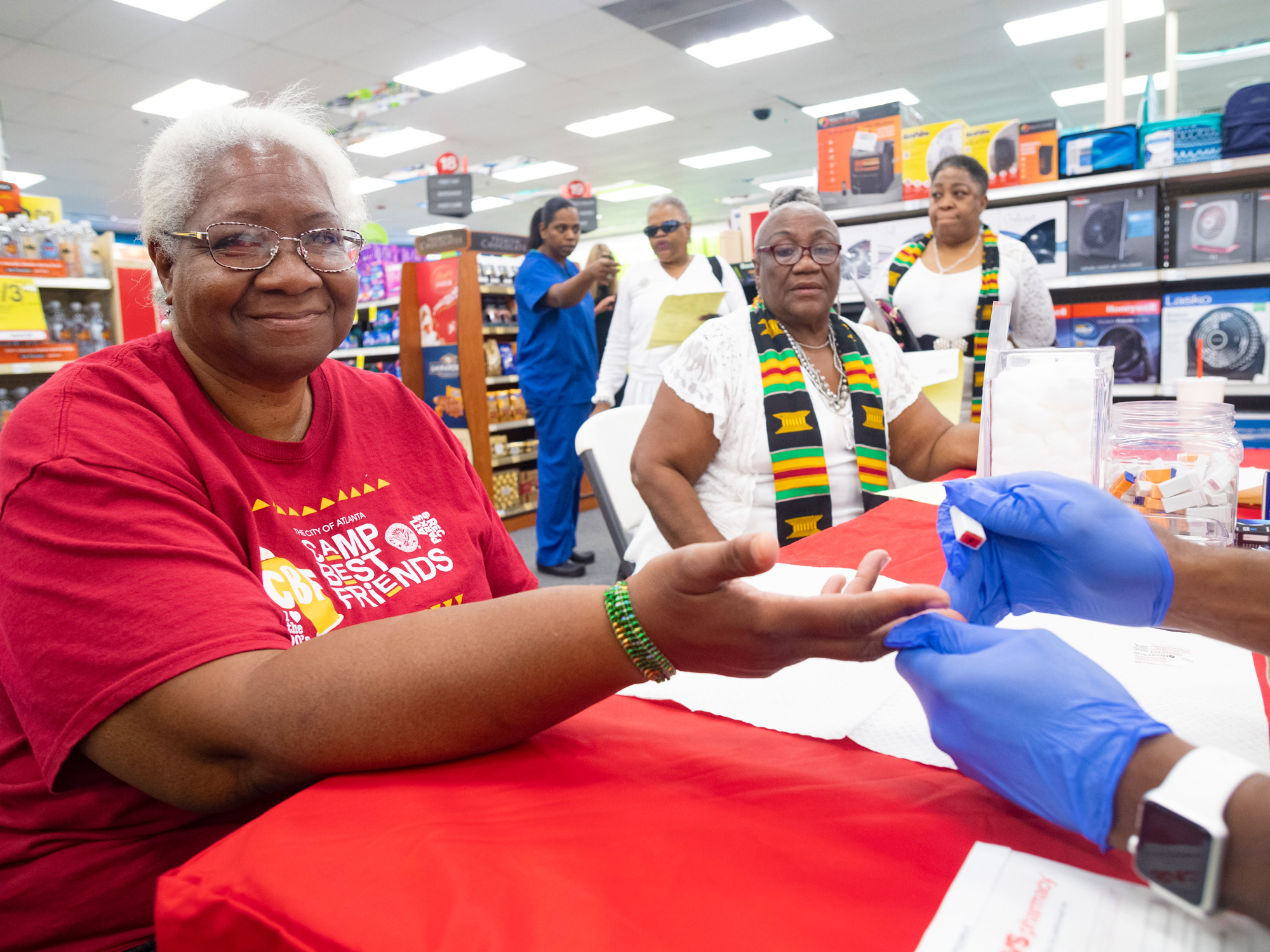 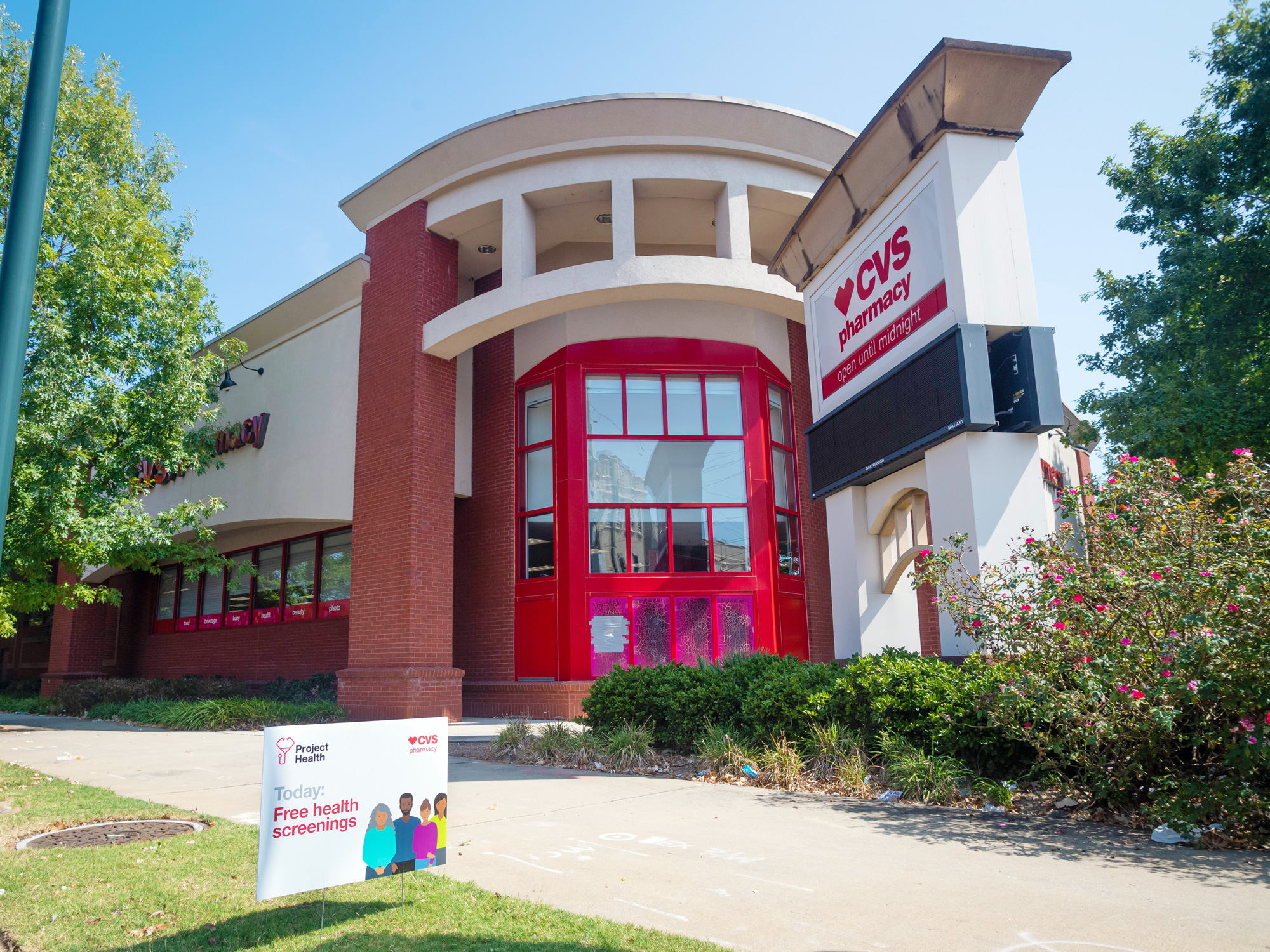 Jean Peterson dropped by the City Line Avenue CVS Pharmacy in West Philadelphia to pick up pictures she’d dropped off at the photo department. Moments later, she also came away with a better picture of her own health — and the chance to snap a selfie with two local heroes: former Villanova basketball star Donte DiVincenzo and state Rep. Morgan Cephas.

Peterson had happened upon one of the many free screenings that CVS Health is offering across the country. During the next four months, nearly 600 Project Health events will take place in multicultural communities with a large number of uninsured or underinsured Americans. At each event, participants receive on-the-spot assessments of weight, blood pressure, blood glucose and cholesterol levels – tests that can help detect risk for chronic conditions such diabetes, hypertension, and heart disease.

Since its founding in 2006, Project Health’s free health and wellness screenings have delivered more than $127 million in free health care services to nearly 1.7 million Americans.

One of those Americans was Peterson. The 70-year-old retired nurse learned that her blood sugar was a bit high, most likely due to medications she was given after a recent back surgery. “I always take advantage of things like this,” she said. “It doesn’t hurt and it keeps me in touch with what I need to take care of.”

Sometimes, the people who think they need the testing the least are the ones who benefit the most.

Brenda, a screener technician at the Project Health event in the Kendall neighborhood of Miami, said a lot of very fit people come in to be screened, usually because they want to know their BMI. But other tests are just as important. One of her patients was diagnosed with high blood pressure.

“The guy said, ‘I’m very fit, I go to the gym and stuff like that, I train people, too,’” said Brenda, who is applying to medical school. But they tested him three more times – once manually – and the results were the same. “And the doctor was like, ‘Hey, you need to go to your doctor and follow up. Please.’ We were very shocked. He looked extremely healthy, very muscular.”

Many of our Miami stores sit in Hispanic neighborhoods, emphasizing the importance of having bilingual screeners, says Elena Ferrales, a health screening manager for Project Health.

Cristina, a young mother, wheeled her seven-month-old into the Miami store and signed up to have a screening while her baby slept in the stroller. She had diabetes while she was pregnant, and though her levels have gone down, she tries to check them regularly. After her screening, she sat with the doctor and, conversing in both English and Spanish, they discussed her results and he gave her food recommendations.

Later, a similar conversation with an older man was conducted entirely in Spanish.

A Slam Dunk for Health

As much as anyone, professional athletes understand the importance of good health. They also understand that it’s not always easy for people to access the care they need to achieve it.

“If I wake up feeling something is wrong, I know there’s a handful of people ready to check me out,” says Donte DiVincenzo, a two-time NCAA basketball champ with the Villanova Wildcats, now a point guard with the Milwaukee Bucks. “But I shouldn’t get special treatment just because I’m a pro athlete. Everyone should have these resources.”

Kabengele says he learned during his first year with the NBA the importance of undergoing regular checkups. Small everyday steps, he says, can add up.

“When you have poor health, everything dumbs down,” he says. “When you're healthy, your motor is good. Preventive care is a reality check to make improvements.”

Being good sports, the athletes joined the customers to be screened. Adebayo – a player for the Heat – noted how easy it was to get screened inside the store.

Morgan Cephas, a track and field star at Central High School in Philadelphia and now a Pennsylvania state representative, knows the importance of health care from the perspective of both an athlete and a policymaker. As vice chair of the House Democrats’ Women’s Health Caucus, she noted that 10 percent of those in her district are uninsured or underinsured.

“Not everyone is the daughter or cousin or friend of a state representative,” she said. “They shouldn’t have to choose between managing their health and keeping a roof over their heads.”

What happens after the screenings is up to the individual. But for one participant, the consultation had an immediate impact.

Zita James, 68, had been on her way to the nearby coffee shop when she noticed signs outside for the free screenings at the Philadelphia location. After her detour to CVS, she chose to make a positive change to her health.

“It stopped me going next door and getting two jelly doughnuts!” she laughed.

For more information about CVS Health’s efforts to improve care across the nation, visit our News & Insights page and the CVS Health Impact Dashboard. To stay informed about the latest updates and innovations from CVS Health, register for content alerts and our Leaders in Care newsletter.