Heart At Work: I was so grateful for her help 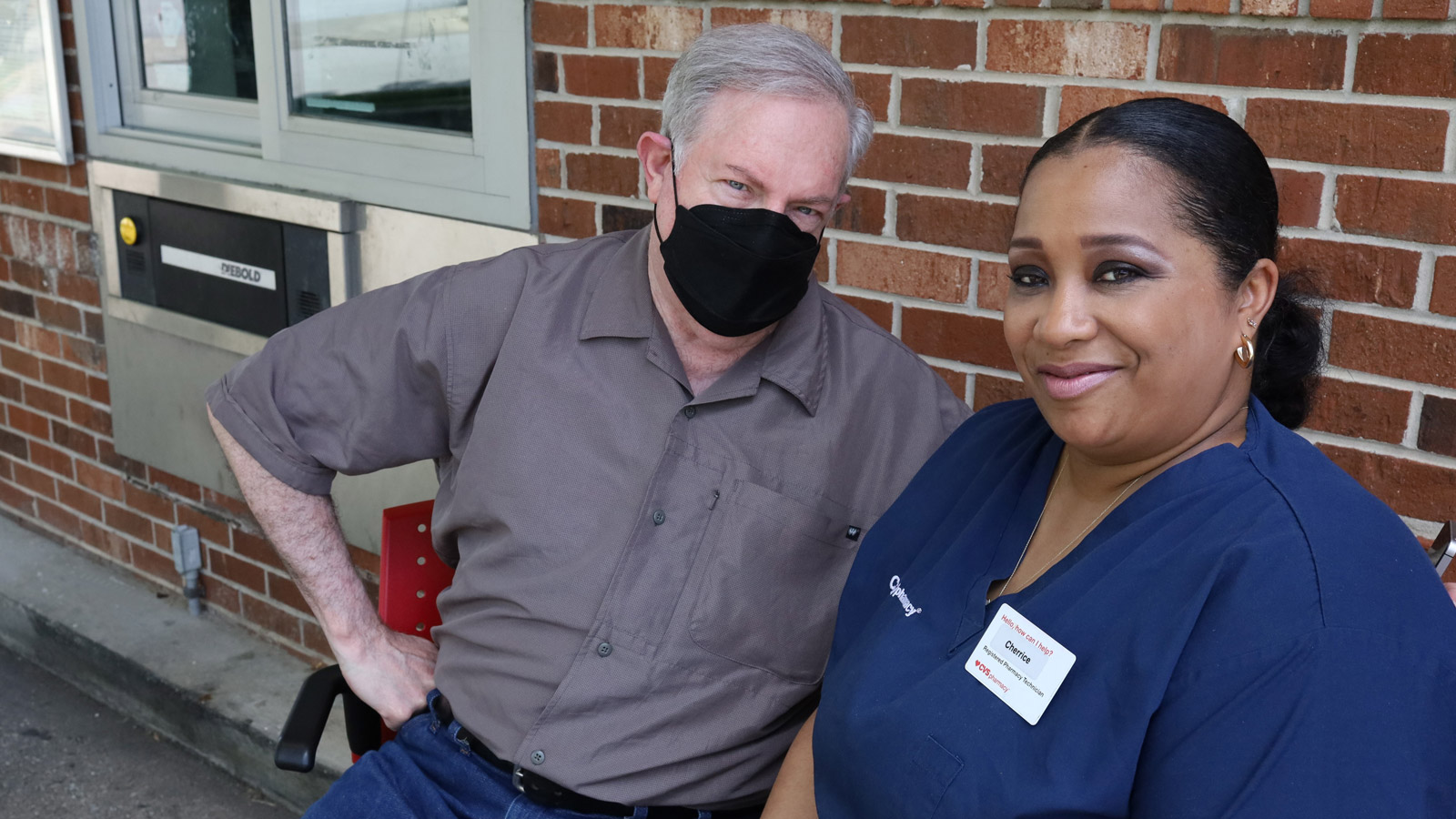 If you’ve ever cared for a loved one who is acutely ill, you know how hard it can be. Managing treatments alone can be overwhelming. But, having someone understanding and knowledgeable to guide you can make a world of difference.

When his elderly father’s health was rapidly declining, Martin Katz, of Towson, Maryland, dropped everything to become his around the clock caregiver. What first worried Martin was the number of medications his father was taking. Martin took his concern to his local CVS Pharmacy.

“Pharmacy technician, Cherrice Robertson, went out of her way to help coordinate and adjust the prescriptions,” Martin says. “It wasn’t an easy task because some of dad’s doctors were retired or deceased. I was so grateful for her help.”

Over the coming months, Cherrice was there for Martin as he continued to care for his dad.

“My dad and I would go for drives. On one of our very last together I asked, ‘What would you like me to do, Dad, if you get in medical trouble?’ He told me I’d know.”

Help when it counts most

When the hospice staff advised Martin that his father had only a few hours to live, it became clear that Martin’s dad was right; he knew what to do. He reached out to Cherrice to say that a prescription for liquid morphine was being called in to CVS Pharmacy. Cherrice explained that the pharmacy was currently out of the medication, so she was calling other local pharmacies to find it.

After multiple attempts, Cherrice finally located one with just one dose left of the liquid morphine. She ensured that they held it and quickly called Martin.

“I hopped in the car and drove like a madman to make it to the pharmacy before they closed at 5 p.m. I arrived with five minutes to spare,” says Martin. At home, nurses were able to give his dad the medication. “Thankfully, he slipped into a peaceful and painless repose.”

“I can just imagine how difficult it is for loving caregivers like Martin to see the person they love most ailing. Helping him to provide the best possible care for his dad was a priority for me,” says Cherrice, a 12-year veteran of CVS Health®.

“Cherrice plays a crucial role holding that incredibly busy CVS Pharmacy together,” Martin concludes. “I was impressed with her expertise and her caring nature which helped her be an expert problem solver. I can truly say my dad and I were in a hurricane and Cherrice was our lighthouse.”

Thank you, Cherrice, for being a guiding light for patients and their caregivers.