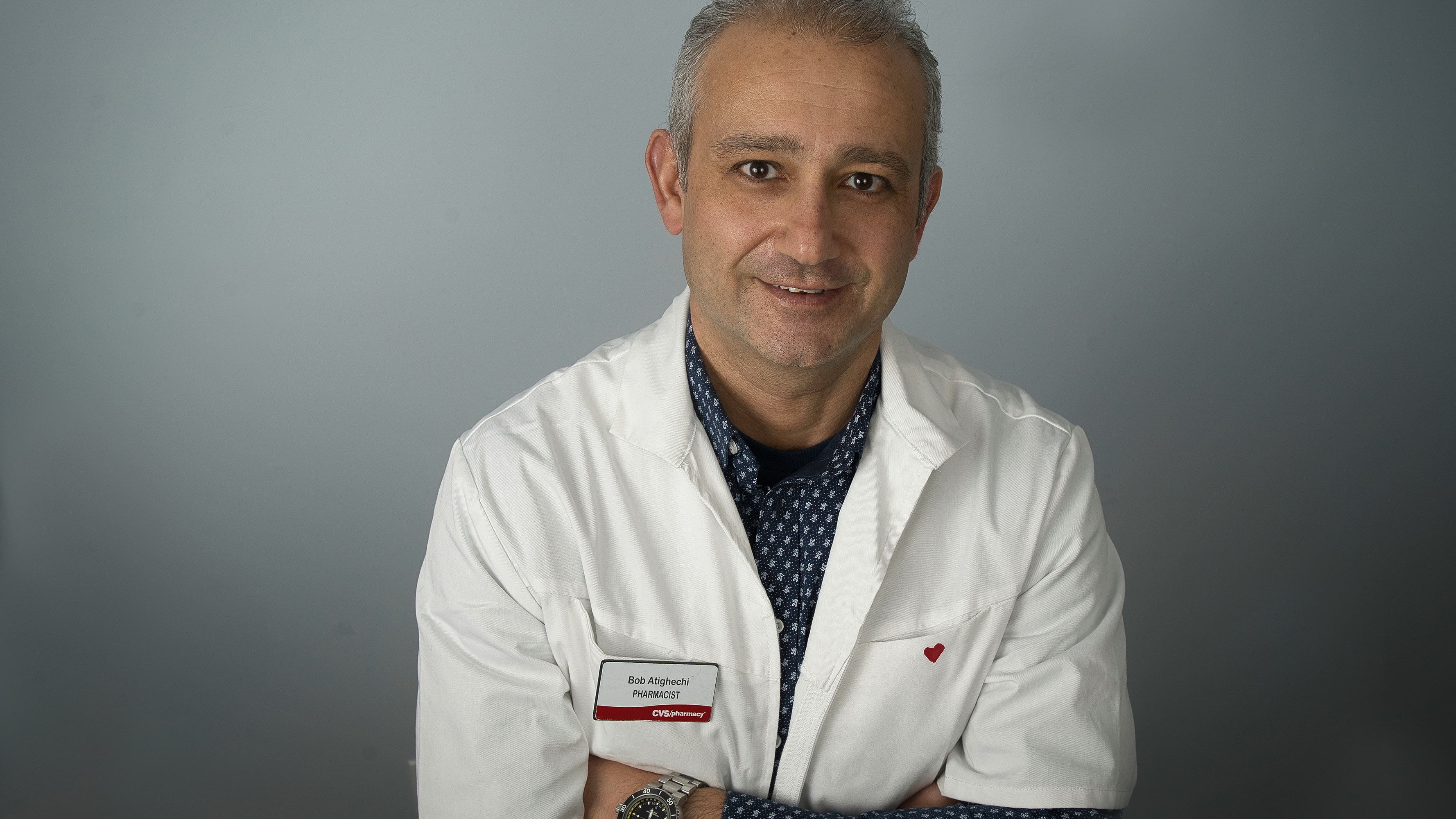 It’s mid-morning, December 18, and a crowd of national press – CNN, NBC, Associated Press, to name a few – are gathered outside the Reservoir Skilled Nursing facility in West Hartford, Connecticut. Governor Ned Lamont, the last of the dignitaries to speak, steps to the podium.

Bob Atighechi is there too. Bob is one of a team of CVS pharmacists who will provide among the first COVID-19 vaccinations in the country for residents and staff in long-term care facilities. It’s a new wave of hope for the nation, one that’s been missing since the pandemic began.

The speeches have concluded and Reservoir staff are lined up outside for their first Pfizer-BioNTech vaccination. Their second shot will be administered in three weeks.

Inside, where it’s sheltered and warm, Jeanne Peters, 95, is the first resident to be inoculated, with Bob’s assistance. “It was no problem,” says Jeanne, brushing off confetti that commemorated the event. “I think everyone who can, should get a shot against the virus – no matter what age.” 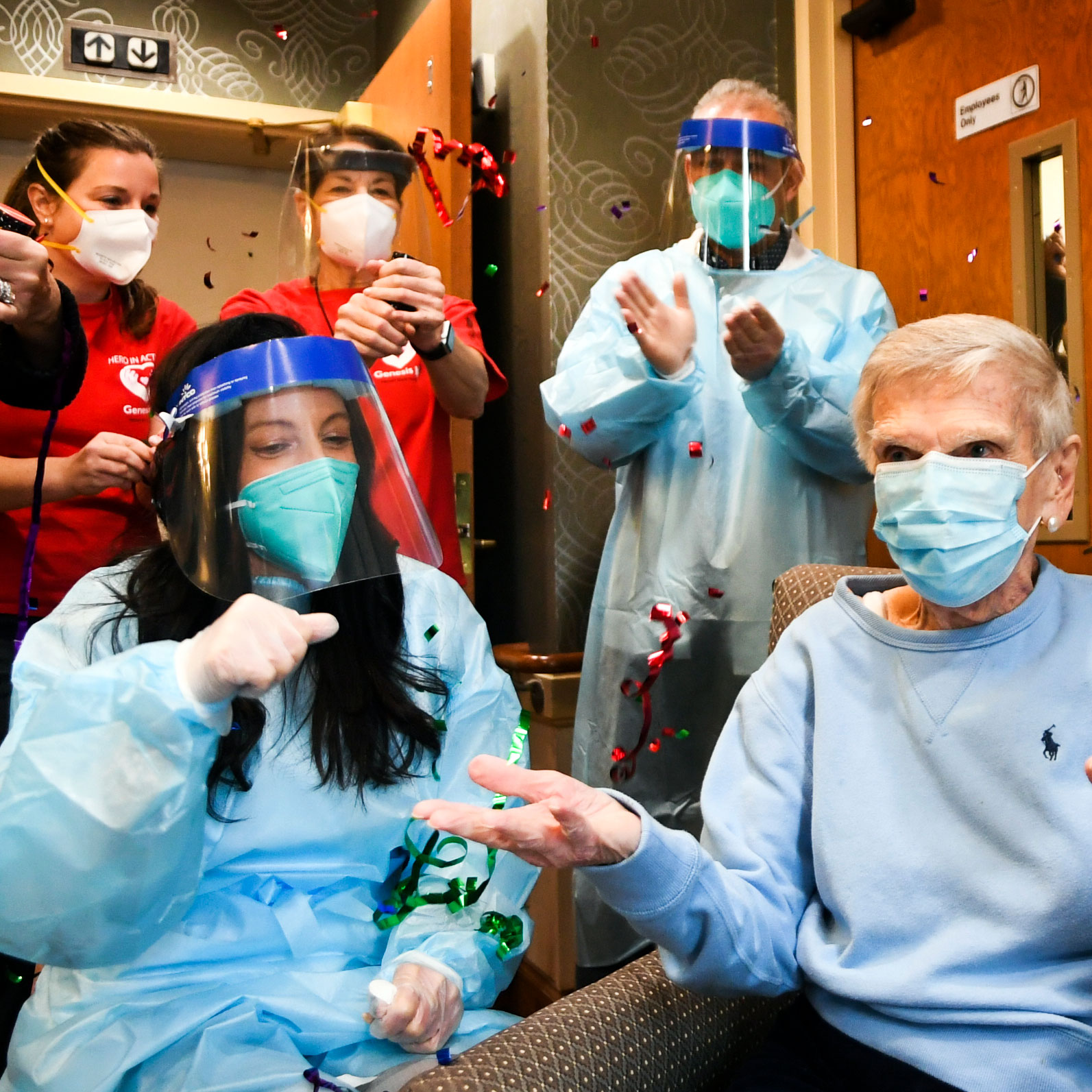 Fast forward a few weeks later. Despite the holidays Bob has worked nearly every day, generally starting around 8:00 a.m. and returning home at 7:30 p.m. “We provide about 130 vaccinations daily in nursing homes throughout central Connecticut. They’re relieved and appreciative,” he explains.

“I have to admit that the idea of receiving a new vaccination was a little bit unnerving despite the amount of education,” explains Amy Peruti, Director of Nursing at Hughes Health & Rehabilitation in West Hartford. “Bob’s confidence and friendliness were a calming force and truly set the stage for a great clinic day.” 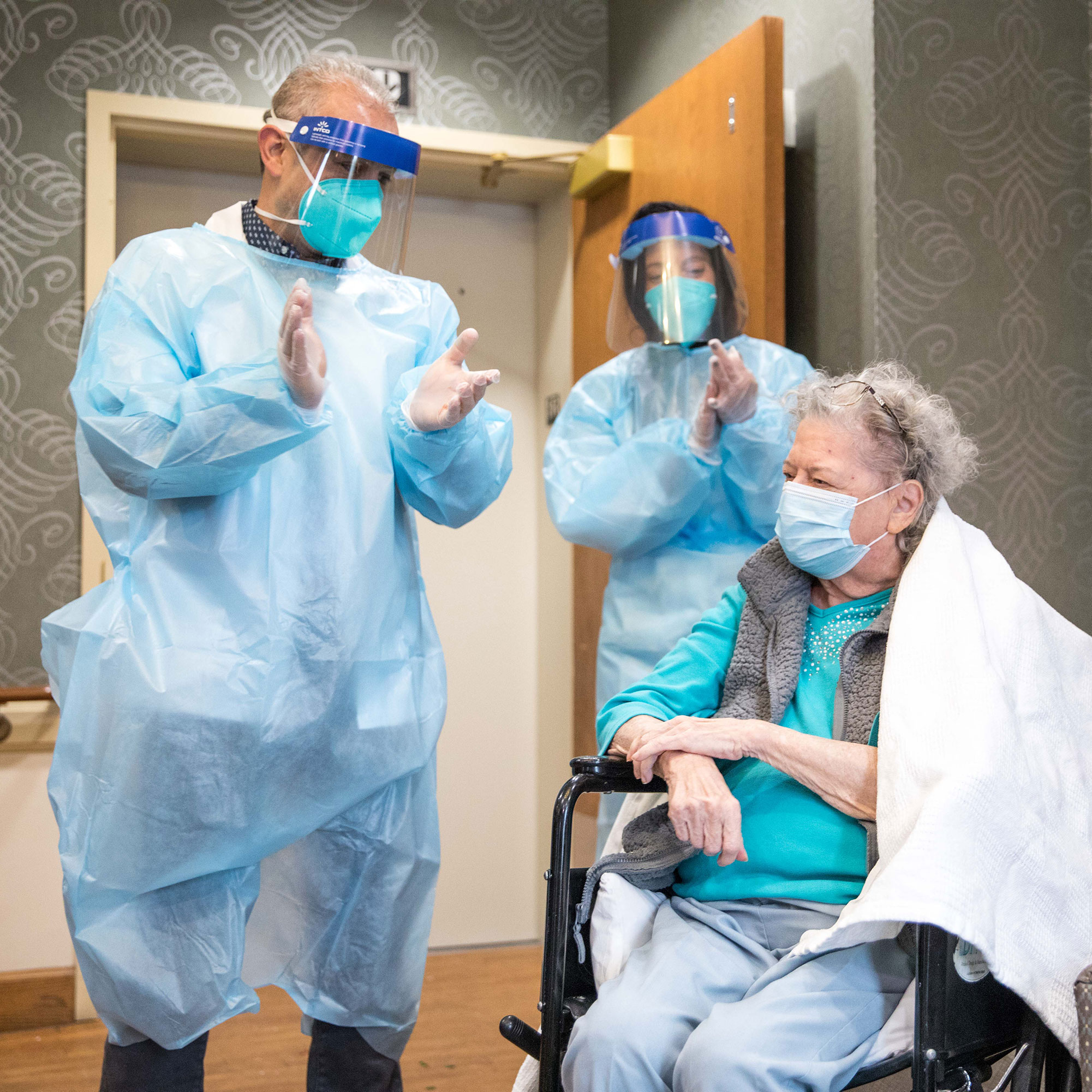 In the weeks ahead, CVS Health expects to vaccinate up to four million residents and staff at over 40,000 long-term care facilities across the country.

But Bob, who has been with the company 14 years, worries. He knows firsthand the exacting toll Coronavirus has already taken on this vulnerable population. In one facility it was whispered that 60 of the 200 residents died from the disease – grandmothers, grandfathers, sisters, brothers – people who were loved. Less talked about, he says, is the fear and stress that have forced staff to retire early – leaving resident care in some locations to just a handful.

But, what nags him most is the hesitancy. “Only 60 or 70% of the population we see are taking advantage of vaccinations. We need to reach everyone to be effective.”

He hopes confidence will grow, making way for CVS Health to be able to quickly provide vaccinations to the general population. Among them, his elderly parents in California and eventually his teenagers.

When that day comes, Bob will be there, working to ensure people are safe. “I never dreamed I’d be part of something this important. It really is, you know.”

Thank you, Bob, for bringing your heart to work and offering hope to our loved ones in long-term care.

Heart At Work recognizes CVS Health heroes across the country who bring their hearts to work, helping people on their path to better health. Read their stories, watch their videos and celebrate our CVS Health Heart At Work heroes along with us!