CVS pharmacist provides a dose of truth about opioids 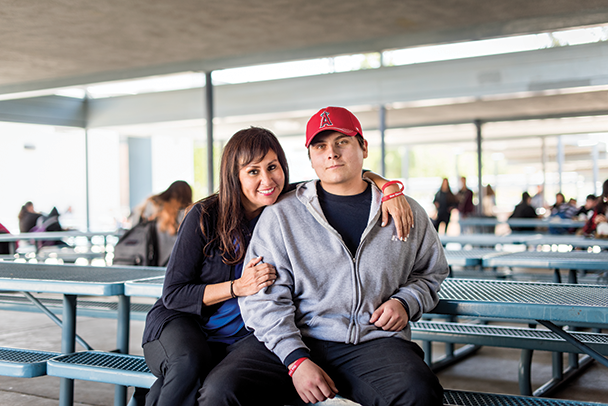 Our Pharmacists Teach® program brings local pharmacists to high school health classes to talk about a variety of health topics. In the fall of 2015 we launched a new curriculum for students in grades 7-12 focusing on the choices students make and the dangers of prescription drug abuse.

Our pharmacists volunteer their time to go to schools and offer their unique perspective to dispel the widely held belief in this age group that prescription drugs are safer to abuse than street drugs. Students learn the facts and hear stories of other teens whose lives were forever changed by their choice to misuse or abuse prescription drugs.

By the end of 2016, pharmacists had given more than 4,200 of the 30-minute presentations, titled “One Choice Changes EverythingTM,” reaching more than 170,000 students.

In just over a year, pharmacist Monica Vera-Schubert and her team have given 64 presentations to nearly 4,000 students at schools in Southern California on the dangers of prescription drug abuse as part of CVS Pharmacy’s Pharmacists Teach program.

In each presentation, Vera-Schubert plays a video that tells four real-life stories of teen prescription drug abuse. She teaches students how to recognize the signs of abuse among their peers and provides guidance on how to find responsible help.

To the students who believe that prescription drug abuse could never affect them, Vera-Schubert has a powerful message: It can happen to anyone, because it happened to her — and she’s a pharmacist.

Vera-Schubert’s son Bobby was 15 when he was prescribed Vicodin after a wisdom tooth extraction. “The exposure was innocent, but the life in store for him was not,” says Vera-Schubert, a CVS Pharmacy manager in North Hollywood.

Soon Bobby was acting out, performing poorly at school and losing friends. The Vicodin abuse yielded to other prescription drugs and eventually heroin. Bobby was selling his possessions to buy drugs, getting in trouble with the law, having seizures and overdosing.

“It was like a vicious tornado within our home’s walls,” Vera-Schubert says. “I wouldn’t want that life for anyone or their family.”

Though it might seem distressing for Vera-Schubert to have to relive this experience over and over in front of strangers, she feels the opposite. “Doing these presentations feeds my energy, it feeds my soul,” she says.

After the presentations, clearly emotional students share their own stories of family members’ struggles with drugs. The stories are similar in all different kinds of neighborhoods, Vera-Schubert says, whether urban or suburban, affluent or underserved.

Since uncovering Bobby’s addiction, Vera-Schubert has helped him through rehabilitation programs and supported his efforts to get sober. But his struggle — and his family’s — is still not over. At one point, Bobby told his mom that he wished he'd seen her presentation when he was in high school. It would have made him think twice before experimenting with opiates, he said.

“I’m trying to bring awareness to the schools, the students, the parents and teachers, because I feel that awareness is a form of prevention,” Vera-Schubert says. “I’ve been given such a great platform to help people understand what abusing prescription medication can do, and help them make the right choices.”